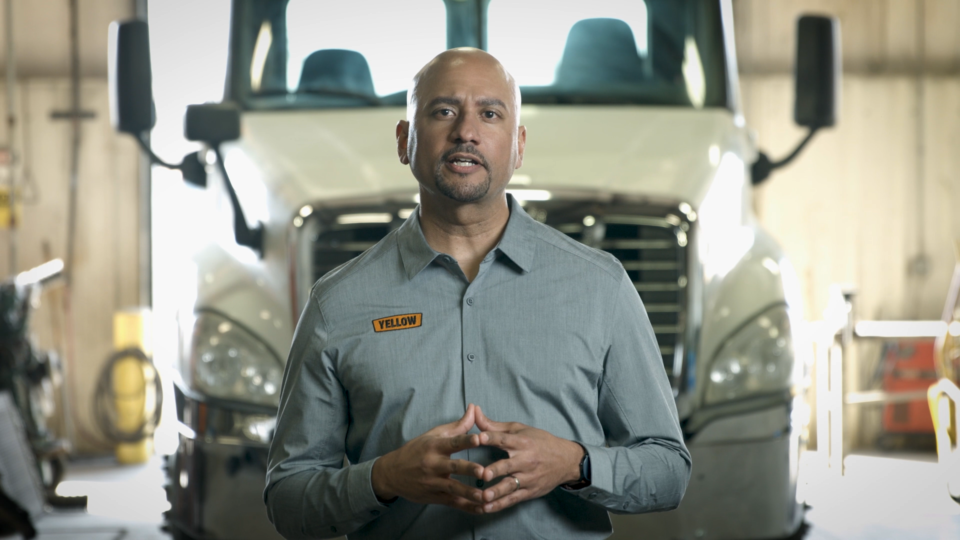 When Darrel Harris was 19, he was trying to figure what he wanted to do with his life when his mother’s boyfriend told him about a job as a dock worker.

“I went down there and applied for the job and I’ll never forget they offered me $10.50 an hour as a part-time dock worker and where I come from that’s real money,” Harris told BLACK ENTERPRISE. “I remember at that time thinking if I can hang on to this job and make $10.50 a year for the rest of my career I’ll be happy.”

Over the next two and a half decades, Harris worked his way through the trucking and shipping industry to be named the first Black president of Yellow Trucking in April. Yellow is the fifth largest transportation company in the U.S. and the second largest “less than truckload” (LTL) company in the U.S.

Yellow, based in Kansas, has 30,000 employees, operates in all 50 states as well as Canada and Mexico and has 200,000 customers ranging from Walmart and Target to small businesses.

Harris has held a wide variety of jobs during his 25 years in the trucking industry and is an example of how job experience can trump an education. Harris may have not gotten a formal education, but he knows there’s no substitute for a strong work ethic.

“I didn’t go to college, so I tell people I went to trucker university,” Harris said. “Everything I’ve learned was through mentors in the business, but also I was fortunate enough to start with a company that believed in formal education within the organization. I really took advantage of that and just worked to get on every shift I possibly could to learn every angle of the trucking business by working it and learning from others.”

Now that Harris is in a top position he wants to ensure other Black men and women follow. One of the reasons Harris decided to lead Yellow is he knows the company is a leader in diversity. Forty-two percent of frontline supervisors at Yellow are minority and female employees. Yellow also recently expanded its Board of Directors to include diverse talent.

“As I was coming up in the ranks, the higher up I got, the less I saw of other people that looked like me,” Harris said. “It was something that I felt was a challenge and now that I’m this role at Yellow, I’m very committed to utilizing my platform to ensure that our company continues to grow in the area of diversity because I believe in it, I’m a personal success story and I believe there’s a lot of others like me that deserve to be in positions like this.”

Harris still remembers the exact date he was named president, April 13. For Harris, that day will be a yearly reminder that all the hard work from the docks to the office and all the sacrifices he’s had to make was worth it.

“To actually be named the president of the second largest LTL trucking company was a surreal moment for both myself and my wife after moving across the country nine different times, taking up a lot of different roles in the trucking space it was a surreal and a proud moment for our family,” Harris told BLACK ENTERPRISE.