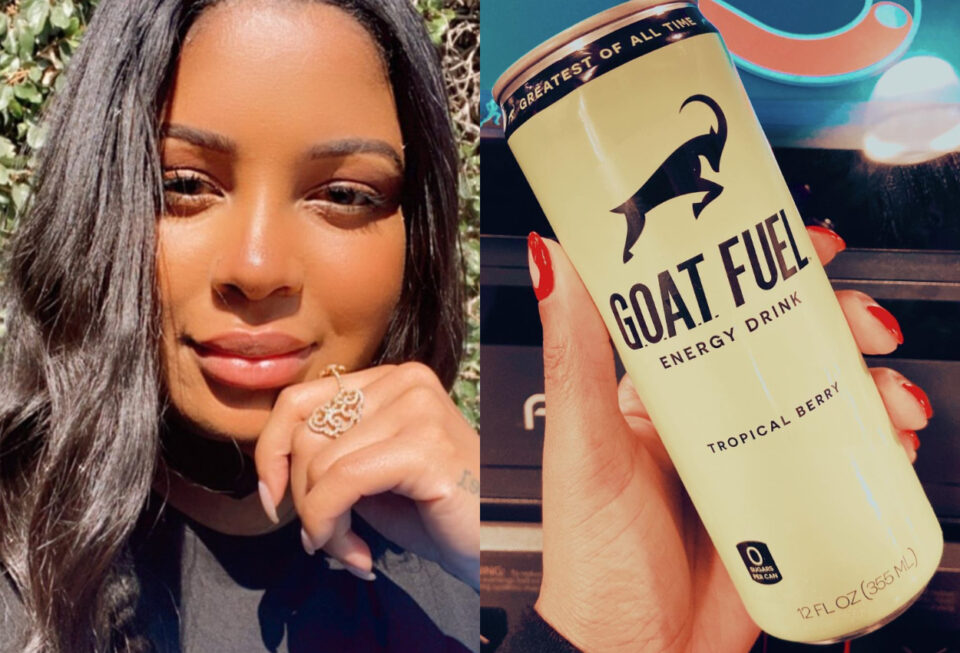 Gold was working on creating a peer-to-peer marketplace for hair extensions when she realized how much she was resorting to energy drinks to keep her invigorated. After noticing the lack of clean energy drink options, Gold teamed up with her father and husband, Trevion Gold, to launch the first Black-owned energy drink on the market.

“I was drinking whatever energy drinks were in the cold section at the gym, and I didn’t feel good about it,” Gold told Inside Hook.

“That’s where the idea for G.O.A.T Fuel came about. It was a byproduct of a rigorous entrepreneurial journey.”

Compared to other energizing drinks on the market, G.O.A.T. uses a unique blend of mushrooms and natural flavors. It’s something Gold opted for to combat the jitters known to be a side effect of energy drinks.

“[Other sports drinks] have been marketed as if they’re giving you energy,” Gold explained.

“People talk about being jittery and crashing [with other drinks],” she continued.

“With natural caffeine and the addition of these cordyceps mushrooms, you don’t have those jitters with G.O.A.T Fuel.”

Now, as a trailblazer in the energy drink space, Gold shared her pride in adding diversity to the market.

“It’s exciting for us to be a pioneer in this space,” Gold said.

“We didn’t really know that when we got started — but once we got into our meetings with various stakeholders in our space and distributors, etc., we started to notice that there weren’t a lot of people who look like us.”

“We decided to just lean in and felt even more inspired about the opportunity ahead of us. We thought that maybe we can pave the way for others behind us.”