David Banner's 2M1 Movement Gives Power Back To The People 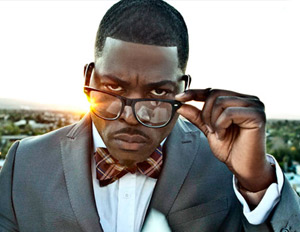 At the end of last year I wrote an article for BlackEnterprise.com detailing several “resolutionsâ€ that the Black community should enact in 2012. One of the main themes of that article was the need for the Black community to pool our collective resources and direct our immense spending power toward Black entities (businesses, organizations and movements). As we close the first quarter of 2012, and, in an effort to practice what I preach, I am officially unveiling the “2M1 Movement.â€

The 2M1 Movement represents a grassroots attempt to assert our collective independence by taking control of our movies, our music and our creative content. To achieve this goal I am asking two million people to donate $1 (or more) to the movement at DavidBanner.com. In addition to your support of the movement, your dollar donation entitles you to a download of my upcoming album, Sex, Drugs & Video Games, on May 22, 2012. Far from the average mixtape, this is a self-funded, high quality album with features from Lil Wayne, Snoop Dogg, Chris Brown, 2 Chainz, Raheem DeVaughn and a host of others. Additionally, your $1 (or more) donation also entitles you to downloads of the official videos for each of the songs on the album. In offering all of this content, the 2M1 Movement also represents a return to the consumer receiving an abundance of quality products for a more than affordable price. And if all of that weren’t enough, $1 million of your donations will be used to finance the shooting of a movie that I’m writing, directing and producing that will be released on May 22, 2013.

Personally speaking, this movement also represents a return to my musical roots. As many of you may already know, my beginnings in the music business were humble indeed. I first began by buying 100 blank CDs, burning my tracks on them and selling them on the street for $10 a piece. From those profits I reinvested my money, purchased another 1,000 blank CDs and sold them for $10 a piece. From that $10,000 I used $5,000 to buy a van (my famous maroon van!) and with the remaining $5,000 I bought another 5,000 blank CDs and sold them for $10 each.

In addition to my hustles on the street and in clubs, I also established my own distribution company to small mom and pop stores. After setting up my own Internet site, my mother and I actually hand mailed or delivered every CD that was purchased. By using this approach I was able to build my business and my career from the corner and not from a demo. Just like the beginning of my career, the 2M1 Movement represents a return to a direct connection between the artist and the consumer.

The beginning of my career also highlights another important point. First and foremost, it shows the importance of owning our own businesses. This point cannot be stressed enough. In the beginning, I had total control over my music, my lyrics, my image and every other aspect of my career. But when signing a deal with a label, an artist gives up an incredible amount of control. This is one of the biggest pitfalls of trying to get signed to “a dealâ€ but it’s understandable. If you ask to stay in someone else’s house you have to not only take whatever room they give you but you also have to abide by the rules THEY set. Even if an artist decides to sign a deal he or she still must have a thorough understanding of what they want out of the situation. Far too often artists become consumed with monetary gains and never consider the opportunities that are afforded to them as a result of their deal.Â  For example, a typical record deal can provide an artist with enough money to start a clothing line that is fully controlled by the artist. In the furtherance of this new business, the time spent promoting the artist’s CD on television can also be directly aligned with promoting the clothing line. In this scenario, the artist comes out with more than just “a record dealâ€ and the cross promotion of the artist’s CD and clothing line is essentially done on someone else’s dime.