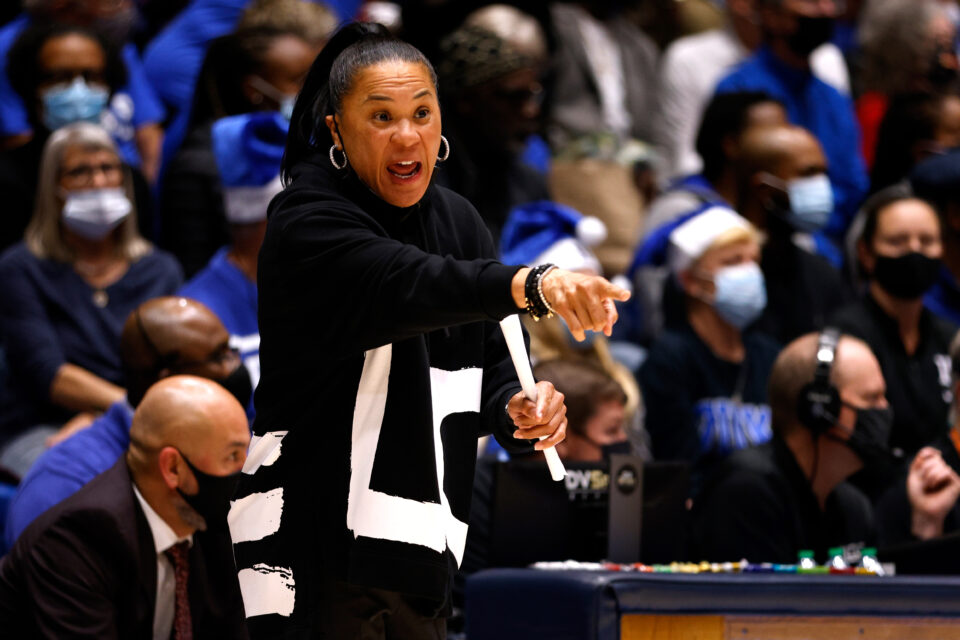 “As a head coach, my job is to do what’s best for my players and staff. The incident at BYU has led me to reevaluate our home-and-home, and I don’t feel that this is the right time for us to engage in this series.” – @dawnstaleyhttps://t.co/sEdC2ApkIW pic.twitter.com/LZqpOGRrl9

According to ESPN, the NCAA championship coach did not want to expose her basketball players to potential verbal abuse by BYU fans based on their race during a recent incident at a BYU volleyball game.

Duke University volleyball player Rachel Richardson reportedly heard someone in the BYU stands utter a racial slur to her. After hearing about that, Staley opted out of facing BYU again in an effort to avoid a repeat.

Richardson, the only Black starter on Duke’s volleyball team reportedly was called a racial slur while competing against BYU. Due to the racial event, BYU banned the guilty party from attending any more events in the school’s athletic buildings.

Staley went over the situation and stated, “I slept on it a few nights, I woke up with the same gut feeling I should not put our players in that situation,” as she made the decision.

The Gamecocks, who won this past season’s championship in April, were supposed to start the upcoming season with a home game against BYU on Nov. 7. The next game was going to be at BYU’s campus in Utah to complete the home-and-home series. Since the series has been scrapped, Staley stated she is discussing alternate plans with other schools to fill the void in their schedule.

Staley mentioned that the decision was all hers and she never discussed it with her players.

“This was a selfish decision,” she said.

“I was only thinking about South Carolina women’s basketball.”

We are extremely disappointed in South Carolina’s decision to cancel our series and ask for patience with the on-going investigation. We believe the solution is to work together to root out racism and not to separate from one another. #LoveOneAnother