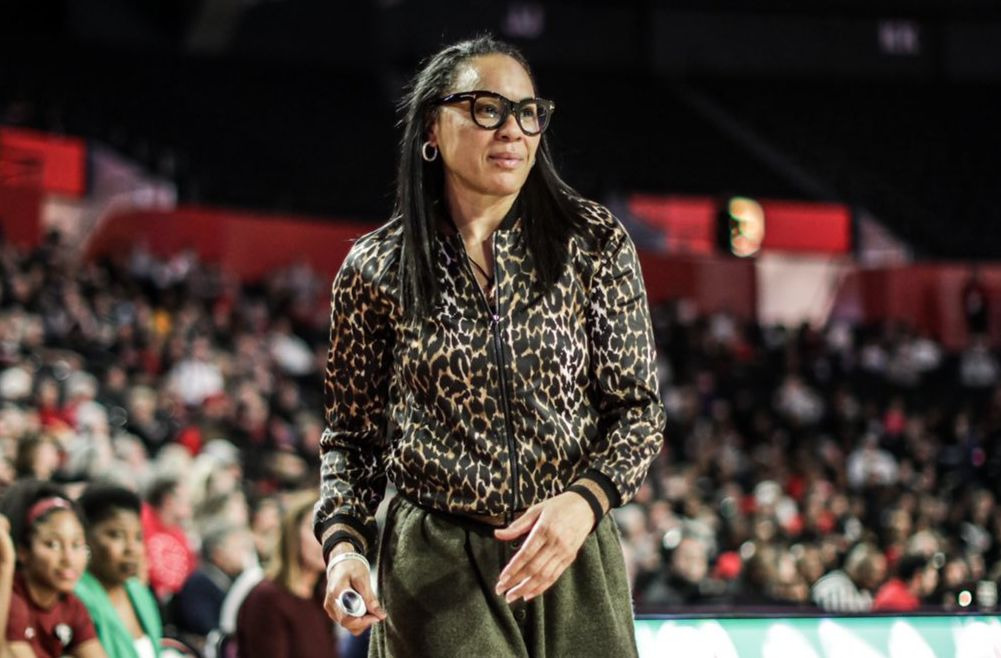 With this honor, Staley is the first person to win the coveted College Coach of the Year as well as the College Player of the Year. She becomes the first men’s or women’s honoree to have won the award after previously claiming the Citizen Naismith Trophy for player of the year, which she received two times while playing at the University of Virginia (1991 and 1992).

Staley also swept the national coach of the year honors, according to The State, nabbing national honors from the Associated Press, the Women’s Basketball Coaches Association, the U.S. Basketball Writers Association and ESPN. For good measure, she was also named SEC (Southeastern Conference) Coach of the Year.

“It is truly an honor to receive the Naismith National Coach of the Year, and, while I’m the one receiving the award, every head coach knows you cannot be a good coach without great assistants, great support staff, and great players,” Staley said in a written statement. “So, this award is every bit as much theirs as it is mine. We are blessed at the University of South Carolina to have the best FAMS in the nation. They support us every day, on the court and off it, and it is my hope that during this trying time in our nation, when games like basketball seem so distant, that reading about this award gives those fans a little bit of joy and reminds them a little of what we can all look forward to when we come through this time on the other side. To the committee, to my staff, to our players and to our FAMS–thank you–and I can’t wait to get back on the court!”

In this coronavirus-shortened 2019-20 season, Staley and her team, the South Carolina Gamecocks compiled a 13-1 record against nationally-ranked opponents, including wins over three teams that finished the season in the top five.

The Gamecocks entered the season ranked in the top 10 of the AP and USA Today/WBCA Coaches’ Polls and ended up finishing as number 1 in both. The Gamecocks spent 10 weeks on top of the Associated Press poll behind a 32-1 record that included 26 consecutive wins to close out the season, a perfect 16-0 conference record for the program’s fifth SEC Regular-Season Championship, and its fifth SEC Tournament title.