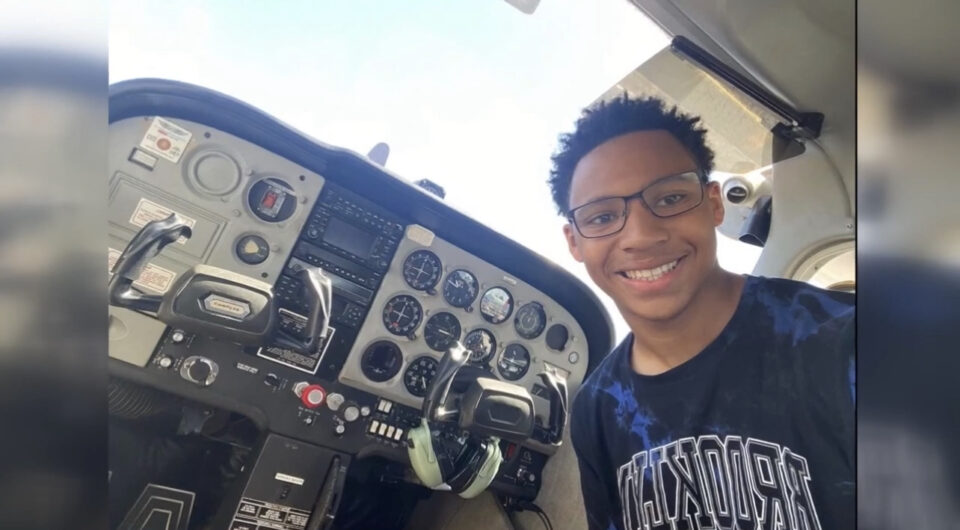 This 17-year-old will be written down in history as he joins the trailblazing group of the nation’s youngest Black aviators.

Christopher Ballinger will soon be kicking the tires and soaring through the air once he receives his Private Pilot License (PPL) as a member of the Air Force Junior ROTC flight academy program, WUSA9 reported. The eight-week summer aviation training program inspires and encourages high school youth toward aviation careers.

The D.C. native, a Sidwell Friends School rising senior, is looking forward to starting his freshman year of college with his PPL. He’ll be ready to fly any single-engine land plane after he completes his instrument “checkride” with the Federal Aviation Administration.

In addition to its top-notch training, the flight academy pushes efforts to address the nationwide pilot shortage and the national issue of diversity.

“Currently, women make up less than 7% of pilots, and minorities represent less than 12%,” the academy states on its website. “Air Force Junior ROTC currently has almost 100,000 cadets enrolled in high schools across the nation and is the Air Force’s most diverse program. Minorities represent 58% of the Air Force Junior ROTC student body, and females make up 40%. Cadets selected for the flight academy represented females and minorities more than three times the national averages.”

According to the news outlet, Ballinger was stationed at Walla Walla University in Washington State during the eight weeks of the academy program. He represents the only second cadet prepared to perform a solo cross-country flight several weeks ago. This skill usually takes months to achieve.

“This has been a phenomenal experience for me all the way around, but it has been intense,” Ballinger said, per WUSA9. “We wake up at 6 a.m., some mornings at 4:30 a.m. to get ahead of the winds to fly six days a week, hours and hours of ground school, studying to pass all the tests, but it’s so worth it.”

What’s next? Ballinger plans to apply to the Air Force Academy after graduation.