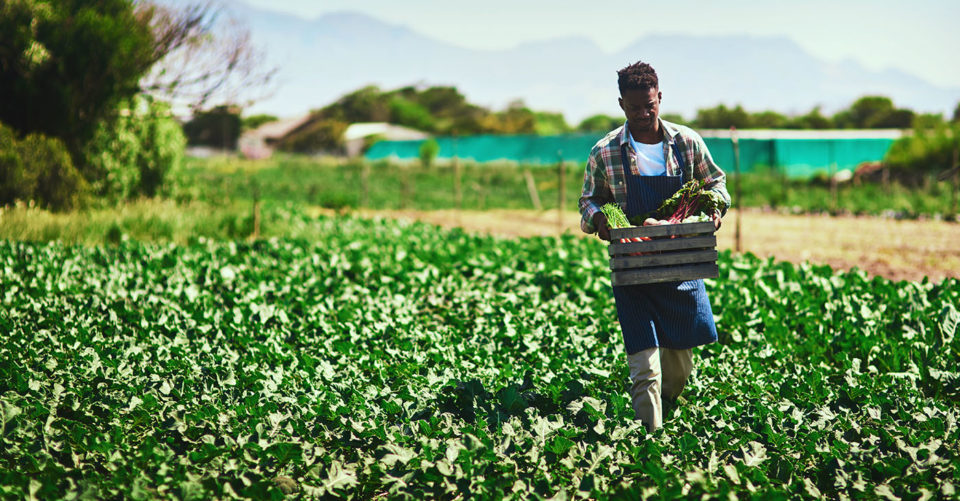 A Farmer walks through his crops. Image: Twitter/@LeftOfBlack

Reuters – The U.S. Agriculture Department (USDA) said on Friday it will start erasing an estimated $4 billion dollars in debt to minority farmers in June, as it seeks to address racial discrimination.

The Biden administration hopes to make right with Black and other minority farmers, who for decades have lost farmland in legal disputes and been denied loans and government assistance.

The American Rescue Plan Act, which became law in March, directed the USDA to pay off all farm debt held by “socially disadvantaged” minority farmers. It faced opposition from some white farmers and concern from banks.

Agriculture Secretary Tom Vilsack said the payments are needed because minority farmers did not have full access to USDA programs over the last 100 years.

“Chances are pretty good that you weren’t able to be competitive with white farmers, in purchasing land and purchasing equipment, having your crop planted at the right time,” he said in an interview.

“In some cases, those policies were designed specifically to remove socially disadvantaged farmers from their land.”

The legislation did not allocate a specific amount, but the USDA estimates $3.9 billion in farm-related debt is owed by minority farmers to the federal government and private banks. Payments will go out to banks and farmers in June after USDA confirms amounts with some 15,000 farmers by mail.

A century of discrimination against minority farmers has been documented since the late 1990s, when a group of Black farmers sued the agency in the case Pigford v. Glickman, later known as the Pigford settlement.

Lucious Abrams Jr, a 68-year-old farmer from Waynesboro, Georgia, was one of the plaintiffs, after the USDA denied and delayed him access to loans. He is frustrated it has taken months to roll out the debt relief.

“Nothing has transpired! This was done three months ago,” he said. “But they’re telling people you’ve got to write in.”

Abrams once farmed nearly 2,000 acres (810 hectares) of Georgia farmland, but has lost all but 600 acres, which he rents to other growers because he cannot get an operating loan, due to around $500,000 in outstanding USDA loan debt.

“I fought off foreclosure two times to keep them from putting me out of my house,” he said. “You were handcuffed.”

The debt-relief plan has drawn criticism from some agriculture lenders, however.

“The vast majority of these lenders are smaller, community banks that were planning on income from these loans,” said Edwin Elfmann, senior vice president of agriculture and rural banking policy at the American Banking Association, in a May 19 letter to Secretary Vilsack.

Vilsack said the benefits to lenders outweigh the risks, as many farm loans include a prepayment penalty, which protects the lender in the event of an early payoff. He said banks would be paid principle and interest and could loan the money out again.

“With all due respect, white farmers have been treated pretty doggone well, especially during this COVID situation,” he said. “They shouldn’t feel discriminated against.”