Decoding the Business of College Sports: Academics Over Athletics 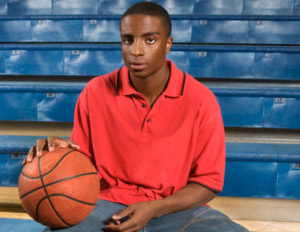 From track stars to lacrosse players, student athletes have long been the subjects of both fanatical admiration and deep resentment. The robust college sports industry, estimated at $749.8 million this year alone (and likely to grow as the back to school season begins), leads many to assume that the life of kids on athletic scholarships are padded and glamorous. Incidents like the 2006 academic scandal at Auburn University, in which student athletes’ grade point averages were inflated, doesn’t help prove them wrong. More recently, Ohio State head coach Jim Tressel resigned after covering for students in violation of National Collegiate Athletic Association (NCAA) rules, once again drawing negative attention to students on athletic scholarship.

There are certainly those students that break the rules or just see college sports as a stepping-stone to professional leagues. However, there are many others who see college athletics as a means to get an education they couldn’t afford otherwise. For those kids, playing sports while trying to thrive academically is no picnic. “We just don’t get things handed to us, we don’t get grades handed to us, they don’t change things up for us because we’re athletes,â€ says Alterraun Verner, defensive back for the Tennessee Titans.

Verner attended the University of California, Los Angeles (UCLA) on a football scholarship and graduated with a degree in math. “We’ve got to work just as hard as the next person and on top of that we have to worry about the athletic side and off the field obligations,â€ he says.

It wasn’t just Verner’s athletic ability that landed him a spot on the Bruin’s roster. He thinks his prowess in the classroom made him an attractive recruit among players that were bigger and faster. “Most people that did recruit me, recruited me because they felt like I was a safe bet,â€ he says, “because they knew I probably wasn’t going to get into trouble in school in academic areas because I was successful in [academics] in high school.â€

Verner was ranked in the top 10 of his graduating high school class, had a 4.15 GPA and scored over 1,700 on the 2,400 scale SATs his junior year. “A lot of schools were intrigued by that, with me handling the rigors of being an athlete and still being able to perform those types of scores,â€ he says.

Brandon Bridge, a quarterback at Alcorn State University, says balancing school and class work isn’t the only source of anxiety. “In the university… the coaches jobs are on the line,â€ he says. “They just push us harder as football players and as students.â€

Despite feeling pressure to win, Bridge says that ultimately his coaches want him and his teammates to leave with a skill set to help them flourish in the world off the field. “They’re making us better men and better individuals,â€ he affirms. “Not just football players.â€