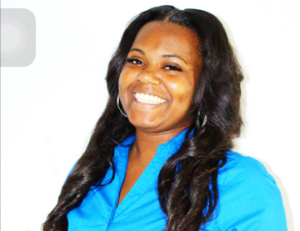 Taco Bell restaurant general manager, Tia Travis, is a success story that only movies are made of. Having earned a position on the front-lines of Taco Bell at the age of 16, amidst a distressed childhood and shortly following the birth of her son, Travis has steadily climbed the ranks of Taco Bell. However, her arms aren’t tired yet–she’s reaching for nothing less than the top.

Black Enterprise caught up with Travis to find out where she’s been, where she is today, and where she plans on going.Â

Black Enterprise: Tell me how you got started. How did you start working at Taco Bell?

Travis: Taco Bell was actually my first job. I was 16, and I was still in high school. It was maybe three or four months after I had my son. I applied to be a team member/service champion, had an interview with Ms. Mae, and I got the job.

BE: Before applying to Taco Bell, where did you see your life going?

Travis: It was kind of all over the place and I didn’t want a lot. Taco Bell gave me a foundation, and it gave me something to look forward to.

BE: At what point did the career climb start happening for you?

Travis: Because it was my first job and because I was so young, it wasn’t really much, other than knowing that, ‘hey–I’m excited! I have a job.’ Then, I got familiar with one of our shift leaders, Christopher. Shift leaders are [essentially] shift managers. I had expected him to be around 25 or older, at the time. I started asking him questions about his role as a shift leader, and he revealed that he was actually 19. Ms. Mae promoted him at 18. From then on, I was inspired. I literally threw myself in front of Ms. Mae saying, “Hey–I’ll be 17 this year!” Or, “Hey–I’ll be 18 this year!â€ That is what started it all.

BE: What do you think it is that you embody, which has been essential to your rise, thus far?

BE: What do you see as the next step for yourself?

Travis: I want to be an area coach, which is a step above restaurant general manager. I’m eager. I’m always looking to move forward and open up the next door.

Travis: Oh wow! I was talking to Mike Grams, the COO, and after I gave him an update on my life, he said that, before I knew it, I’d be COO of the company, taking his job. Whether he was joking or not, that was inspiring. So, at 30, I see myself still with Taco Bell. There are so many different positions, so I’m not sure [exactly] where [yet], but I see myself with the company.

BE: Tell me about your Taco Bell Excelsior classes.

Travis: It’s a college created for people who work full-time and still want to go to school. The school is in trimesters, so I started October 17, but I only have to worry about one to two classes for eight weeks. I’m going for business management.

BE: What’s your goal with the Taco Bell Excelsior classes?

BE: When will you be satisfied?

Travis: I’m there already. I’m happy with everything I’ve accomplished, [in spite of] the odds that were against me. I’m grateful.

Travis: It hasn’t been easy, but I’m making it through.

BE: If you were talking to you six years ago, what would you say?

Travis: Hang in there–everything is going to get better.