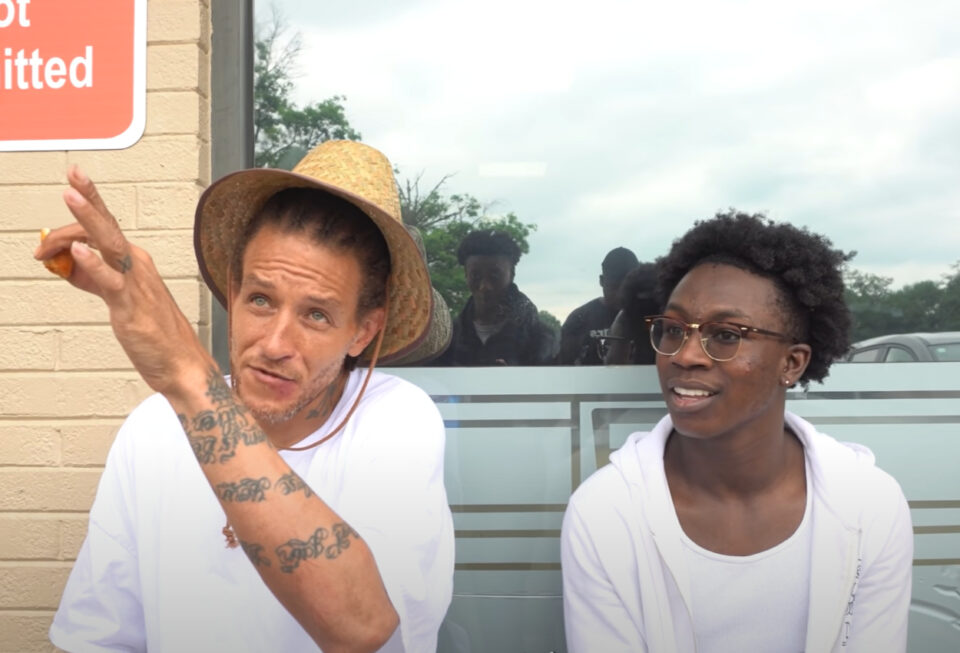 Former NBA player Delonte West has been in the news in recent years due to his mental health and bouts with homelessness in between his struggles with addiction.

West’s post-NBA life has clearly taken a toll. In a recent interview, West said he “sometimes” forgets he played basketball.

Shiakuro, a YouTuber from Richmond, Virginia, spoke to West in a parking lot. During the conversation, West  spoke about going to a rehabilitation center that Dallas Mavericks owner Mark Cuban placed him in several years ago. He admitted that he is in the early stages of multiple sclerosis and loses his thought process at times.

“I’m just losing my thoughts, man…Sometimes I forget I even played basketball.”

West’s struggles have been well-documented. He has been filmed panhandling and even once getting beat up. Last month, he was seen back in the streets asking motorists for money in Virginia. The incidents came after several attempts by Cuban to steer him back in the right direction after he was spotted years ago begging in the streets.

In fall 2020, West, who has been diagnosed with bipolar disorder, battled substance abuse and homelessness. After Cuban got in touch with West’s mother, Delphina Addison, he reunited her with West at a gas station. The former Dallas Mavericks player entered a rehab facility in Florida with the help of the Shark Tank star.

Over his eight-year NBA career, West averaged 9.7 points and 3.6 assists per game while playing for the Dallas Mavericks, the Cleveland Cavaliers, the Seattle SuperSonics, and the Boston Celtics.

“God knows what he’s doing,” West told Shiakuro. “If any other thing would’ve happened differently, then me and you wouldn’t be sitting right here talking. So look at the joy and love that we’re bringing right now.”