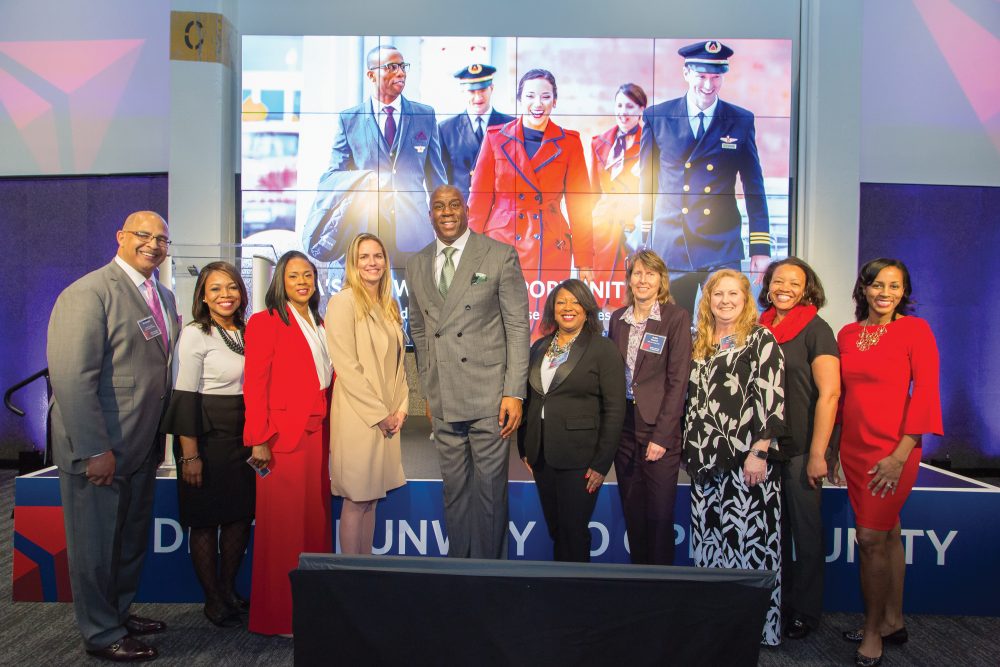 Scores of diverse entrepreneurs recently assembled at The Gathering Spot, the Atlanta-based private membership club and co-working space. They have come together for a program called “Runway to Opportunity,” an event organized by Delta Air Lines to help minority suppliers gain “the unique opportunity to learn best practices for business growth, sustainability, and development to facilitate partnerships with major corporations” such as the nation’s second-largest airline.

The program marked the 20th anniversary of Delta’s supplier program. And beyond the celebratory nature of that announcement, it served as another driver related to its 1By21 initiative—a commitment to expand its base of corporate-ready, diverse suppliers and grow them to size and scale in order to become the first air carrier to make the Billion Dollar Roundtable by 2021. That means Delta would join 28 major companies like AT&T, JPMorgan Chase, and Walmart in achieving $1 billion annual Tier-1 procurement spend with certified companies owned by African Americans and other ethnic minorities, women, veterans, members of the LGBTQ+ population or the disabled.

Chief Financial Officer Paul Jacobson told attendees: “That goal isn’t there as a ‘check the box’ exercise, but rather as just the beginning. That goal could be reached by having just a few large diverse suppliers but supplier diversity is more than that. We also have to have a strong pipeline of smaller, growing companies to support and fuel our vision.”

“As an executive leader of the supply chain organization, I feel a calling to be a steward of all that is entrusted to us, including our resources and our experiences. That is why we are here today,” Jacobson added. “We are here to pass along to you the knowledge and relationships with key Delta buyers and business leaders to try to make it easier for you to do business with Delta, and hopefully other large companies as well.”

After hearing opening remarks, the 200 or so attendees gained a big surprise—the guest keynote speaker was none other than NBA superstar-cum-mogul Earvin “Magic” Johnson, chairman and CEO of SodexoMAGIC, the 13-year-old food and facilities management partnership between Magic Johnson Enterprises and Sodexo as well as a longtime supplier of the airline. During the interactive, 40-minute session, Johnson gave entrepreneurs the opportunity to ask any business question as he stressed elements of his successful formula, which included constantly demonstrating patience, excellence, strategic focus, relationship building, and “over-delivering” for customers.

“Delta believes in supplier diversity and is directly investing in minority and women-owned companies. It starts at the top. Because it’s important to the CEO, it trickles down to everyone else,” he told the attendees. “Forums like ‘Runway to Opportunity’ are important to small business owners because it allows them the chance to get practical knowledge on how to work in and on their business, and drive value.”

Karmetria Burton, a 10-year Delta veteran who serves as its general manager, strategic programs for supply chain management, designed the program that would give suppliers practical knowledge, including how to engage in marketing, financial management, certification, and the RFP process. Moreover, Burton shared with the audience valuable measures such as the Supplier Development Academy, which was developed last year to provide coaching, mentorship, matchmaking, capital access, and a customized business curriculum for high-potential suppliers. Entrepreneurs must make a 12- to 18-month commitment to the program, which is managed by PPICW, a minority-owned consultancy led by Felicia A. Phillips and T. Renee’ Smith, who also served as speakers during BE’s FWD conference.