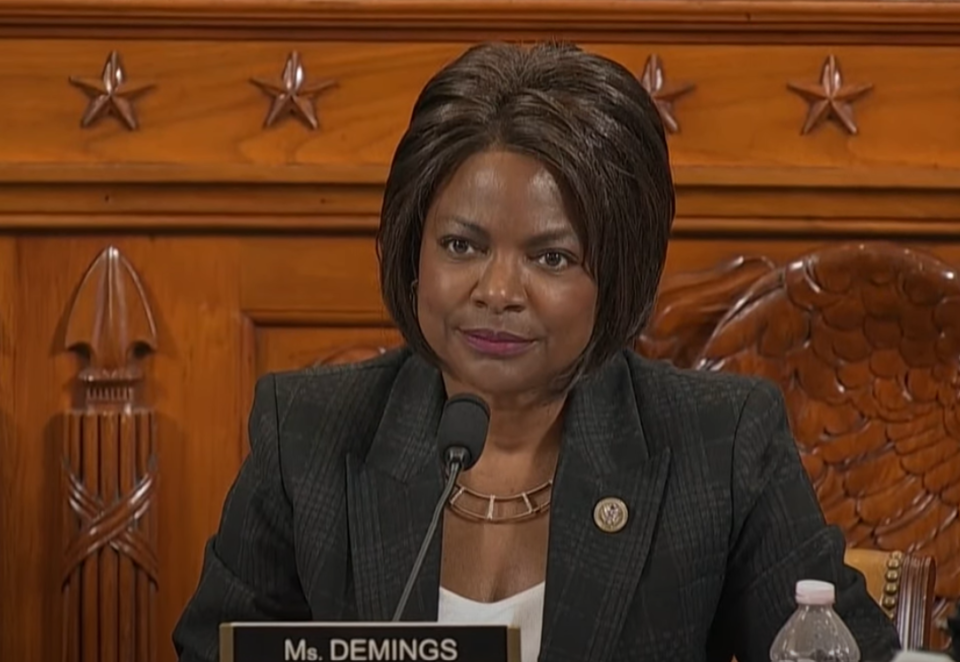 The Democratic representative who served as an impeachment manager in the first Senate trial of former President Donald Trump last year is set to challenge Marco Rubio for his Senate seat.

Rep. Val Demings (D-Fla.), is gunning to replace Rubio in the Senate seat he has served in since 2011, NBC News reports.

“I have received calls and texts and messages from people all over the state asking me to run because they feel that they are not represented and their voices are not heard,” she told MSNBC last month. “I want to go, Jonathan, to the position where I can do the most good. And be the most effective and do the most work. My home state of Florida deserves that.”

Democrats have credited Demings with being their best chance at winning back control of the Senate, Politico reports. She was first considering a run for governor of Florida but decided to combat the two-term Florida senator.

“I would’ve supported her running for governor, but this is the right fit for her and for us,” said Alex Sink, Florida’s former chief financial officer.

“Val is an impressive and formidable candidate whose potential entrance would make the race against Rubio highly competitive,” a Democrat who opted to remain anonymous said.

Demings has served as the U.S. Representative from Florida’s 10th congressional district since 2017. She previously worked as a chief of Orlando’s police department from 2007 to 2011. Her husband, Jerry Demings, is also a former police officer and is currently the mayor of Orange County, Florida. President Joe Biden was considering bringing Demings on as his vice presidential candidate before ultimately choosing Kamala Harris as his running mate.

“She’s going to draw a contrast between who she is and how she represents Florida vs. Marco Rubio, who a lot of people where I live never see him,” Sink added.