Democrats Seek Control of US House of Representatives 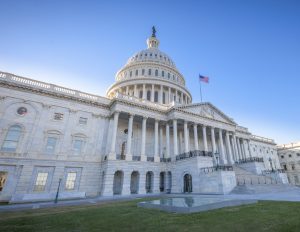 On Nov. 8, the country will decide the next president and the 115th Congress of the United States. While control of the U.S. Senate could potentially swing from Republican to Democratic leadership, the House of Representatives will likely remain with the GOP.

Much like a sporting event, nothing is guaranteed in an election, so let’s look at the current seats in the House, competitive races, and likely outcomes for Nov. 8.

The House is comprised of 435 congressional seats, with 218 seats needed for majority control. Republicans currently have 247 seats, while the Democrats control 188 seats. Elections for the House are outlined in Article I, Section II of the US Constitution, which states that members of the House must be chosen by voters every two years.

Based on polls and projections, 49 seats–seven Democrat and 42 Republican–are in competitive races. For the Republicans to maintain majority control, they cannot lose more than 29 seats, while the Democrats need to gain at least 30 seats to retake control of the House.

Generally, political pundits forecast that Republicans will lose no more than 17 seats, allowing them to keep control of the House. The illustration below highlights the likely composition of the House after the election. 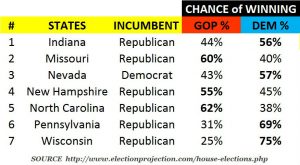 Are the Two Black Republican Seats in the House in Jeopardy?

Although Utah is traditionally a conservative state, the Rep. Mia Love (R) of the 4th district of Utah is not taking anything for granted. She is a freshman congresswoman and the latest polls have her leading by five points over her Democratic challenger, Doug Owens.

On the other hand, freshman Rep. William Hurd (R) of the 23rd district of Texas is in a contested battle for a second term against Democratic challenger, Pete Gallego. The two candidates faced each other in the 2014 congressional race, when Hurd narrowly defeated Gallego, 50-48. But, theÂ second time around, Gallego holds a narrow +1.3 lead in the polls, as the heavily Latino populated district leans a little more left this election cycle.

A key issue that may determine the outcome of the race is immigration. The rural district shares a long stretch of the southern border with Mexico and is 69% Latino. 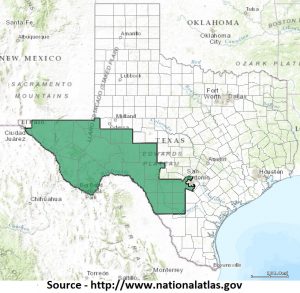 The Democrats best chances of taking control of the House are in a presidential election year, but the electorate is not showing much enthusiasm for Clinton. Conversely, House Republicans are not overwhelmingly excited about Trump, starting with their leadership, Speaker Paul Ryan. However, Ryan knows that holding on to the House is vital to push key growth initiatives to help the middle class and to serve as a check-and-balance to the incoming president–whether it’s Clinton or Trump.

In all, it will be extremely challenging for Democrats to maintain their current 188 House seats and win an additional 30 seats for control. We could see either a Republican controlled Congress–House and Senate–and Trump as commander-in-chief or the return of Clinton with a split Congress, wherein the GOP holds onto the House and Democrats win the Senate.

One thing is certain, many voters are wishing Election Day comes quickly so that email leaks, pay-to-play scandal, and misogyny can take a backseat to providing Americans with well-paying jobs, better education, and viable solutions to many economic issues.