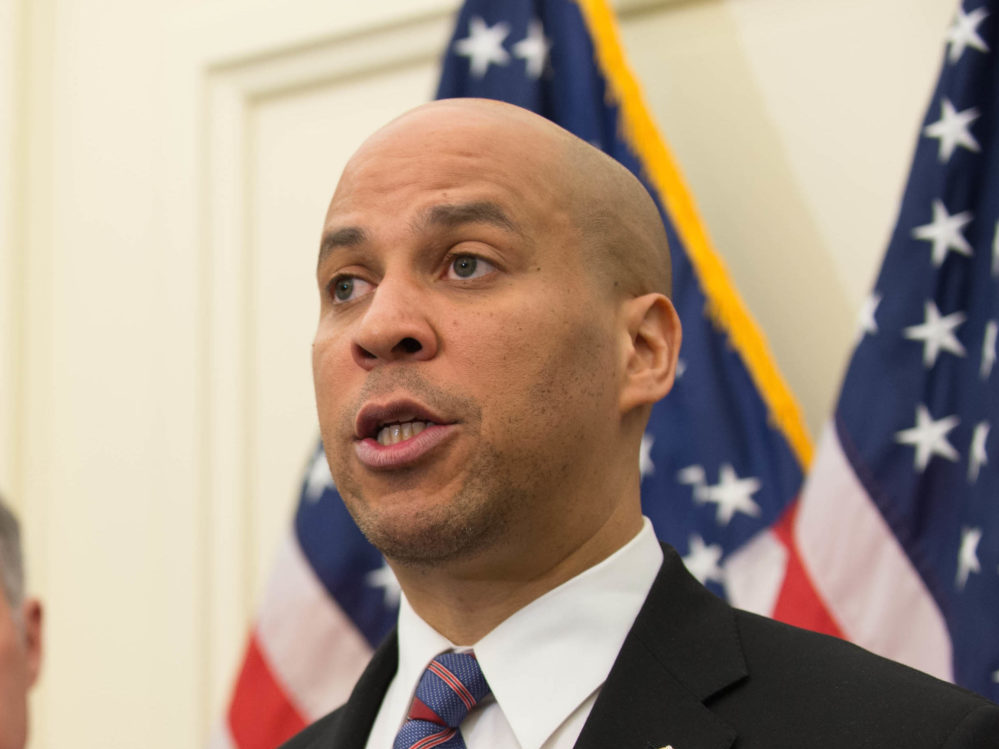 Six months ago, the field of candidates vying for the Democratic presidential nomination was considered the most diverse in history. With four days before the candidate selection deadline for the Dec. 19 debate in Los Angeles, there is currently an all-white slate of six contenders who have qualified to appear on the stage.

Outraged critics of the Democratic National Committee’s qualifications criteria have been protesting the process on social media using the hashtags #DemSoWhite and #DebateSoWhite.

They are not alone in their fury.

US Sen. Cory Booker of New Jersey, currently one of two African American candidates in the race, is fighting to get his message heard at the upcoming debate. According to The Washington Times, he completed a nearly 800-mile, 12-county tour of Iowa on Sunday by rebuking the Democratic Party for letting “elites” and “money” decide which candidates gain the opportunity to occupy the debate stage. He’s now urging voters to include his name when pollsters call.

Although Booker has not been selected, he has met the required threshold of donors but does not rate when it comes to polling – either garnering 4% support in at least four polls or 6% in two early-state polls. With the Dec. 12 deadline quickly approaching, he has not been able to make the cut on a single poll.

Booker maintains that the debate standards favor candidates who can afford to run television ads. That doesn’t mean, he claims, that their candidacy reflects the true sentiments of voters in the Hawkeye State. From town halls to forums with unionists and farmers across four days, news outlets reported about Booker’s ability to connect with different segments of voters as well as his standing-ovation reception at events.

“I’m a little upset with the (Democratic National Committee) right now because they seem to be trying to make the decisions for you,” he told a Sunday afternoon crowd gathered in a Dubuque, Iowa bar.

DNC spokesperson Xochitl Hinojosa told the Washington Times that the party’s debate requirements were “inclusive. She asserted that historically, candidates who have polled lower than 4% in the primary season have never been selected as the Democratic presidential nominee. “While we are legally required to have objective criteria for each debate, our qualifying criteria has stayed extremely low throughout this entire process,” she said in an emailed statement. “We’ve never seen a political party take this many steps to be inclusive.”

With that said, it still appears that the Democrats could be absent of African American candidates during primary season. With top contender Sen. Kamala Harris (D-CA) dropping out of the race last week and the largely unknown Miramar, Florida Mayor Wayne Messam calling it quits two weeks ago, Booker and former Massachusetts Gov. Deval Patrick are the only African Americans in the pool of 15 candidates. At this point, the former HUD secretary under Obama Julian Castro, who is Latinx, has not made the cut for the debate but Chinese businessman Andrew Yang and Rep. Tulsi Gabbard (D-HI), the first Samoan-American member of Congress, are reportedly on the cusp.

Politico reported that the Booker camp has announced that Harris’ exit has “triggered an outpouring of financial support.” In fact, Booker said his campaign had its best online fundraising day of his campaign on Wednesday.  Still, political observers maintain that such news will have little impact in earning him a spot on the debate stage.