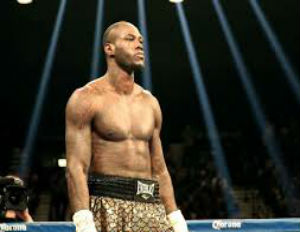 This article originally appeared on www.theshadowleague.comÂ on Jan. 17, 2016.

Deontay Wilder came to Barclays Center in Brooklyn last night to earn respect in the world’s toughest city to do so.Â After nine rounds, he got what he came for, and more.

Wilder, fighting a tough Artur Szpilka who was cheered on by a heavily Polish crowd, knocked his opponent out cold in the ninth round, pushing his impressive record to 36—0 with 35 knockouts in the process.

The fight was close until 2:24 of the ninth round, when Szpilka tried to step into what he thought was an opening in Deontay’s defense. But it appeared that Wilder had baited him, as he delivered a brutal right cross directly on Szpilka’s chin, who was out cold before he even hit the canvas.

While the champion’s corner celebrated, officials and medical staff rushed to attend to the unconscious challenger who was sprawled out on the canvas. Fortunately, Szpilka came to and was responsive to the medical staff who carted him out of the ring and to the hospital for observation.

“He’s doing good,â€ said Szpilka’s trainer Ronnie Shields. “He’s awake and knows exactly where he is. He didn’t want to go to the hospital, but he’s going as a precaution. It’s better safe than sorry.â€

Wilder’s celebration with his corner was brief, as he went over to Szpilka, concerned for his opponent’s condition.

“I told him he was a great contender,â€ Wilder said. “He came to give his all. He gave his all for Brooklyn. I always say two prayers. I say a team prayer and I say an individual prayer. I don’t want to hurt a man so he can’t go home to his family. We risk our lives every time we step in the ring. He’s definitely in my prayers and I hope he’s doing well.”

“He was definitely a crafty guy,â€ continued Wilder. “I haven’t competed against a southpaw in three years. He was a tough competitor, but you’re fighting for a world title. It’s not supposed to be easy. I’m surprised it took that long, but we had 12 rounds and they can’t all be pretty.â€

During the post-fight interview, British champion Tyson Fury climbed into the ring to add some fuel to the fire of a future title unification match between the two champions. They went face to face, with Tyson being the aggressor in the smack-talking.

“Any time, any place, anywhere. I’ll fight you in your backyard after I beat [Wladimir] Klitschko again.â€

Wilder, the first American heavyweight champion in nearly a decade, was unimpressed with Fury.

“We all know Fury is just a phony,â€ Wilder said. “This is just an act. I’m not scared of anybody. We’ll come to your backyard. This is just an act –Â you’re not a real fighter. I don’t play. This isn’t wrestling. When you do step in that ring with me I promise you I will baptize you.”

“I would love to fight him next. Unfortunately, I have other mandatories due. Make the date Tyson, I promise you.â€

Fans are hoping that Wilder’s baptism of Fury takes place this year, as it will probably be the biggest fight of the year and could give the Heavyweight division the rejuvenation and recognition its been striving for for years.