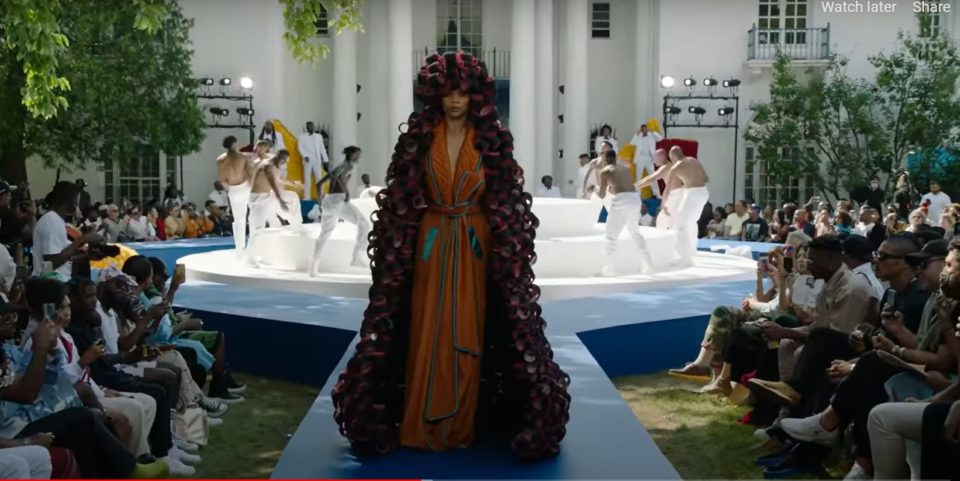 A show that was initially postponed due to weather turned out to be well worth the wait.

The designer, Kerby Jean Raymond, used his knowledge of textiles to blend fashion, culture, and mechanics, reported the Associated Press. The crowd returned on Saturday for the do-over and was greeted with not only creativity and beauty, but a not-so-insidious history lesson as well.

The collection, called Pyer Moss, is Jean-Raymond’s first. He was also the first African American to be invited by France’s Chambre Syndicale to participate in Paris Couture Week and he did not waste the opportunity.

Fashions ranged from a peanut butter jar dress to an air conditioner dress. One of the more devastating pieces was a garment made into a refrigerator with magnets that read, “But who invented Black trauma?”

The event was held at Villa Lewaro. The villa is an early 20th-century mansion in Irvington, N.Y. The mansion was also built by Madam C.J. Walker, a Black haircare mogul and millionaire.

Not to be outdone, the runway spectacular also included dancers, rappers and opened with a short speech by former Black Panther Party member Elaine Brown.

“Where do we go from here? Where does the freedom movement go from here?” Brown spoke briefly of the Black struggle for freedom and encouraged the audience to continue to work toward freedom.

Despite the glamour of it all, Jean-Raymond’s love of fashion and his people stood front and center. Haute couture, a notoriously white industry, has not done a good job with diversity.

However, with the Pyer Moss line’s unabashed Blackness leading with the genius of the culture, a shift may be on the horizon.

“We went through rounds and rounds of design,” Jean-Raymond said. After he and his team smoked ayahuasca (a psychoactive substance), they came up with the idea to highlight the inventors.

Pyer Moss is definitely the line to watch.