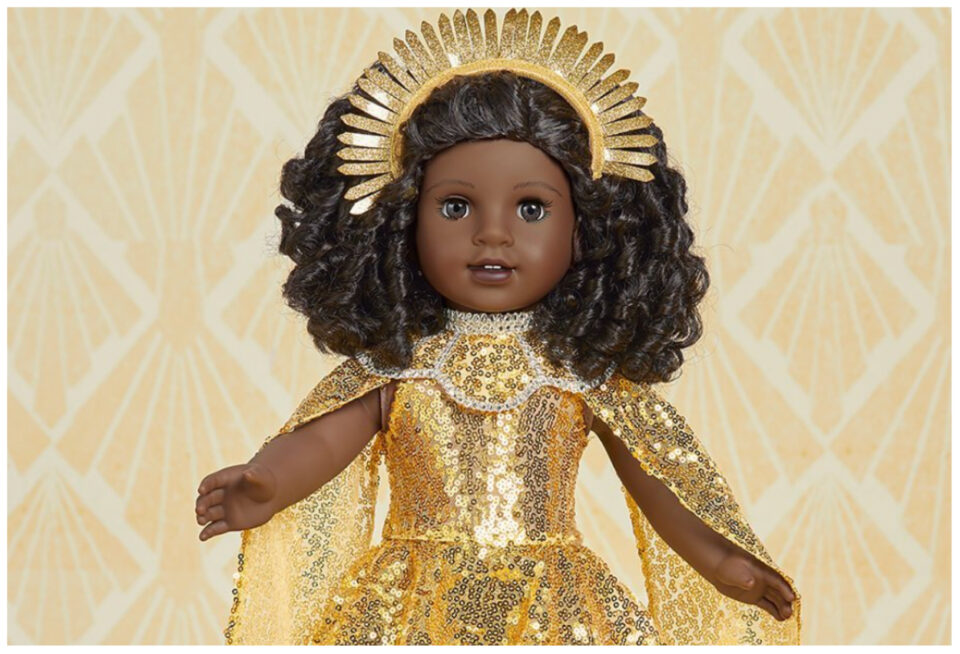 Clothing designer Samantha Black has partnered with American Doll to celebrate the Harlem Renaissance with a new doll named “Claudie.”

The Claudie Wells doll is nine-years-old and lives in the heart of Harlem amongst artists, musicians, and other creatives. Black said that she was inspired by the Harlem Renaissance when creating the doll.

“When it came to designing for Claudie, I took inspiration from the Harlem Renaissance in all its glory, luxury, and what it meant back then to go out and show out,” said Black.

“I wanted every little girl to see Claudie’s outfits and imagine themselves wearing them, normalizing Black luxury, and adding a little magic along the way.”

“As a girl, I always loved studying the Harlem Renaissance,” she said.

“An outpouring of Black artistry that emerged alongside larger struggles for equal rights. I hope readers will enjoy exploring this fascinating era through Claudie’s eyes.”

Bennett also noted the conflict during the Harlem Renaissance.

“I was always interested in that period because of its contradictions,” Bennett said.

“There were these hugely important and influential Black artists and creative people, and at the same time there was the rise of lynching in America. The two things were coinciding. There’s this fascinating tension of the time period.”

“Offering a modern take on 1920s glamour, these looks were created by fashion designer @SamanthaBlackNYC in collaboration with Harlem’s Fashion Row.✨”

American Doll launched the Claudie doll in New York last weekend and shared a video from the event on Instagram.

American Girl also pledged to donate $100,000 to the Harlem School of Arts.