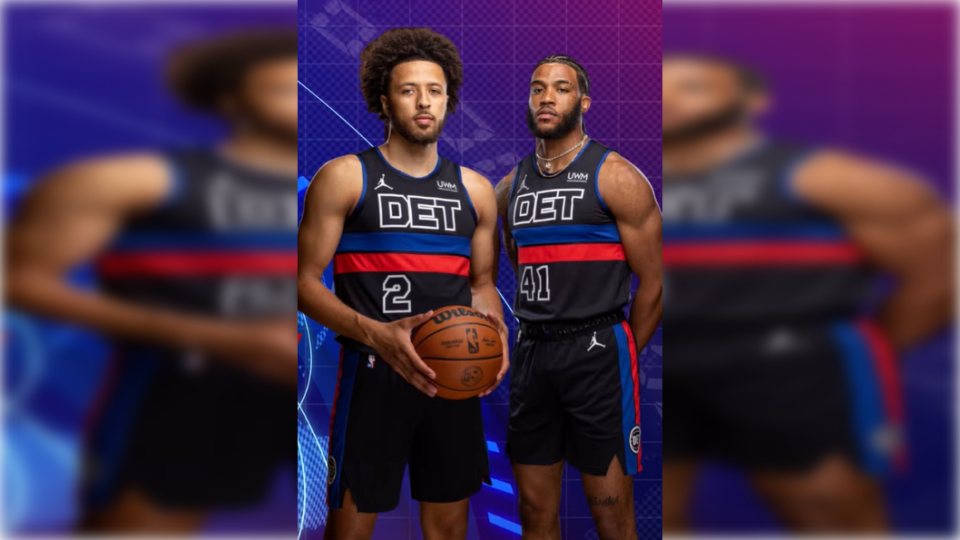 “Even a random voicemail from a fan can make a statement,” the Detroit Pistons shared on Twitter.

The NBA franchise revealed their new Statement Edition jerseys to fans Wednesday, Sept. 7 after coming across a voicemail left by a fan back in November 2020.

Detroit native Cochise Hardy noticed the urgent necessity for a Piston upgrade after seeing other NBA teams sporting new uniforms following the COVID-19 outbreak. The Athletic‘s James L. Edwards III reported that a representative from the Pistons’ ticket-sales department heard the voicemail and the rant became a humorous conversation around the office.

“There was something special about this voicemail that was worthy of pursuing further,” said Tyrel Kirkham, VP of brand and marketing strategy for the Detroit Pistons.

The team posted the voicemail sent from Hardy on its Twitter account in a promotional ad that included the new jersey.

Even a random voicemail from a fan can make a statement.

“Man we are so tired, I mean it’s time to ramp it up, we rebuilding, we need some new jerseys,” Hardy said in the now-famous voicemail.

“We need some more vivid colors man. We here for Detroit, give us some dog a** black and blue. I don’t know. Just give us somethin’. I am one of the biggest fans. My name is Cochise Hardy. Hey, who do I need to talk to? Call me back. Today. Tomorrow. Call me back. I’m ready. Call me back,” the voicemail expressed.

According to SB Nation, Pistons Cade Cunningham and Saddiq Bey were featured in the video and participated in a photo shoot to announce the new jerseys.

The Pistons have tossed their legendary chrome suits to the side and made room for the new vibrant and bold statement uniforms all thanks to Hardy, the mastermind behind the upgrade. The Statement Edition jerseys sport black and red stripes with big block “DET” letters that salute the team’s 1980s Bad Boys era warmup jackets.

Reports state that the Pistons will release another set of jerseys in collaboration with Detroit rapper Big Sean, who was named the team’s creative director of innovation in 2020.