Half of Detroit Public Schools In Danger of Closing

Detroit is in trouble–again. The city’s public school district continues to grapple with a $327-million budget deficit, resulting in painful cuts for staff and students. If an alternate solution isn’t implemented, the district will be forced to shut down half of its schools by 2014, pushing the average high school class size up to 62 students, run by offsite regional principals.

While decision-makers describe the plan as a draconian solution, time is running out and early stages are already in place as the school system buckles under the deficit. “That’s what the current law requires us to do,â€ says Steve Wasko, Executive Director of Public Relations for Detroit Public Schools. “We call it Plan A. We have porous boundaries and it would further drive parents away from our school system, but it is the plan to exist.â€

In response, Detroit educational leaders are meeting with state officials, scrambling to advocate for at least two alternative plans. “We’ve been generating long term proposals to share with elected officials in Lansing,â€ Wasko says. One plan under consideration includes a proposal that was submitted for President Obama‘s “Race To The Topâ€ initiative, which includes the elimination of teacher seniority. Another plan involves taking existing debt and discarding it, similar to a General Motors style restructuring. Detroit officials have also been looking at models used in New Orleans post-Hurricane Katrina for federal funding to drive academic reforms.

While Detroit residents pay considerably higher property taxes than the surrounding suburbs, the city’s population has decreased significantly in the last decade due to a host of quality of life issues–including the economic downturn, lack of jobs and an increase in crime. The decline in the state’s economy has deepened the problems for the city’s schools, where funding sources have dwindled. In 2000, 180,000 students were enrolled in Detroit Public Schools. That number has since decreased to 74,000. Of the students left,Â more thanÂ 80% are from economically disadvantaged backgrounds, according to the Detroit Free Press. Classrooms are already overcrowded–averaging 35 students from sixth to twelfth grade–so doubling the class size will be a nearly impossible undertaking for teachers to handle effectively.

“What I worry about are people who live in the Detroit district, because of the budget cuts and financial problems, they will have to change schools and go to another district,â€ says DeWanna Arrington, a local high school senior who will attend Eastern Michigan University in the fall to study nursing. “I’m really worried about students who will give up and drop out. You need a high school education and some type of degree in college in order to get a job. I worry about the teachers that will lose jobs. There are really good teachers here.â€

Detroit’s school district has been in a state of turmoil for nearly a decade, when a state takeover was implemented due to mismanagement and constant infighting between the school board and the superintendent. In February 2009, consultant Robert Bobb was appointed as the Emergency Financial Manager. In a November 2009 Black Enterprise article “Can Detroit Be Saved?â€ Bobb told BE’s Editorial Director Alan Hughes, “the school system must put in place, aggressively and urgently, methods for 21st century teaching and learning.â€ At the time, he was considering having the city’s school district file for bankruptcy, a proposal that was eventually abandoned.

Bobb’s contract ends this spring, but it’s likely to be extended until the end of the school year. “I don’t know if the state would appoint another financial manager, but it would be hard to imagine it without [one],â€ Wasko says. Under new state leadership of Republican Governor Rick Snyder, it’s unclear of how the change in governance will affect the city’s plight and what the next steps will be in the process. 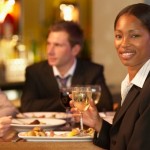 How to Eat Well While Traveling Abroad