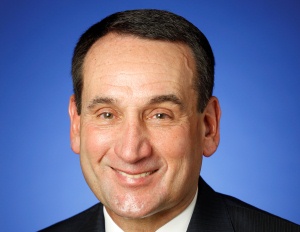 Earlier this week, I spent an energizing and thought-provoking two days in Durham, North Carolina, attending Duke University’s Fuqua School of Business and Coach K Leadership Conference. (I’m actually on vacation. Yes, this is my idea of fun.) I was privileged to attend as a member of the advisory board for the Fuqua/Coach K Center for Leadership and Ethics (COLE). I’ve been on the COLE advisory board for about three years now; I’d served on the board of the Fuqua School a couple of years before joining COLE.

My involvement in COLE is just another one of those things in my life that prove the value of being open to possibilities and new experiences, even though there is no apparent reason for certain opportunities to be presented to you, or for you to accept them. I’d no connection at all to Duke University prior to meeting Sanyin Siang, now COLE’s executive director, when she attended the Black Enterprise Entrepreneurs Conference in Dallas nearly a decade ago. Somehow, that meeting led to me joining the board of Fuqua, and later, the COLE advisory board (much to the chagrin of Black Enterprise Managing Editor and University of North Carolina Chapel Hill alum Alisa Gumbs).

However, it was clear that accepting Siang and COLE Faculty Director Sim Sitkin’s invitation to join the COLE advisory board was the right move from my very first meeting. First, because the mission of COLE is to produce “ethical leaders of consequence;” I’ve had a fascination with the demands and distinctions of leadership since I was a teenager. For example, I understood from an early age that the difference between consistent winners and losers in sports had less to do with the talent-levels of the athletes in a given league (which tend to be fairly equal), than with the quality of the coaches, managers and others leading the organization fielding the team. Second, joining the board has allowed me to meet and discuss the development, best practices and practical applications of leadership with world-class leaders from every arena, including sports, corporate America, academia, media and the military. Included among my fellow advisory board members: Lt. General and I Corps Commanding General Robert B. Brown, former Telemundo President Don Browne and Deloitte U.S. CEO Emeritus James Quigley.

But the most amazing part of the experience has been to engage with and learn from the person for whom COLE and the Leadership Summit is named: fellow advisory board member and Duke Blue Devils Men’s Basketball Coach Mike Krzyzewski. Also known as Coach K, I only knew him as a great basketball coach–the NCAA’s all-time wins leader in men’s basketball who’s led Duke to four national championships and 11 Final Four appearances in 33 years, and led the U.S. National Men’s Basketball Team to Olympic Gold in 2008 (Beijing) and 2012 (London) and the 2012 FIBA World Championship in Turkey. However, as a member of the COLE board, I now have a keen appreciation of him as student and master teacher of leadership–and winning. In fact, Coach K’s track record as a developer of leaders–including such former Duke basketball players as NBA star Grant Hill, Harvard University Men’s Basketball Coach Tommy Amaker, and Lt. General Brown–may actually eclipse his achievements as basketball coach.

During a practice session of the Duke men’s basketball team and a presentation the next day about his experience coaching Team USA to victory in the Olympics and FIBA World Championship, Coach K delivered powerful insights, some of which I couldn’t wait to share with you in this blog (and with my Twitter followers over the past couple of days):

Leaders prepare their team for misfortune and setbacks: Adversity does one of two things: makes you stronger or gives you an excuse for losing.

Leaders protect the culture and chemistry of their teams: A computer virus is bad; a human one is worse. It can change an organization’s culture without the leader knowing.

Leaders are self-disciplined: Before you can lead others, you have to be able to lead yourself.

Leaders don’t allow members of the team to play themselves small: I hate that expression, ‘Leave your ego at the door.’ Winning requires strong egos. The members of your team not only have to be good, they have to think they’re good.

Leaders know that money is not a motivator: People want to be motivated [to achieve a goal or mission]. Money is not a substitute for motivation. You want them to own it, not just be paid for it. If they own it, they’ll fight for it.

I have to admit, I drank every drop of the Coach K Kool-Aid–from the pitcher. But I came away further convicted about what it takes to lead and win on a world-class level, from him as well as the other participants in the Coach K Leadership Summit. The truth is, the fate of our economy, our government, our communities and our nation rests with our ability to realize untapped leadership potential–especially within ourselves.

So, what do you think? What characteristics do you look for in a leader? What must a leader do to earn your respect and loyalty? Do you aspire to leadership yourself? Do you welcome or dread opportunities to lead? Leave a comment and let’s discuss!