Diana Ross Had A 'Flying While Black' Moment 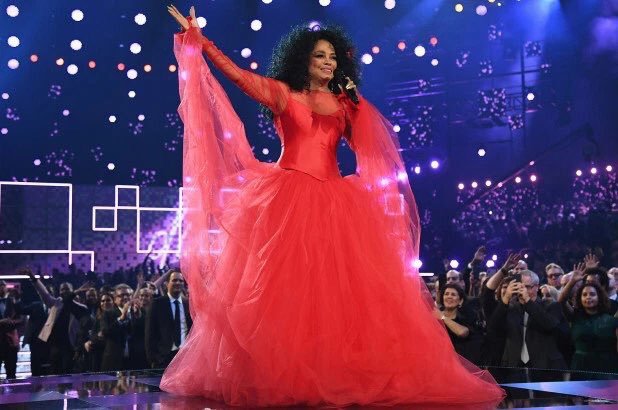 Diana Ross had a not-so-pleasant experience at the airport over the weekend. The legendary singer revealed in a series of tweets Sunday that she felt “violated” by a Transportation Security Administration (TSA) officer while she was flying out of the Louis Armstrong New Orleans International Airport. Ross, who performed at the New Orleans Jazz & Heritage Festival on Saturday, said the experience was so bad that it made her “want to cry.”

In another tweet, the 75-year-old icon wrote, “on one hand I’m treated like royalty in New Orleans and at the airport I was treated like s—t.”

A TSA spokesperson released a statement in response to the incident, saying they have reviewed surveillance footage of Ross’ pat-down search and found that the agents involved “followed all protocols,” reports Entertainment Tonight.

“TSA is committed to ensuring all travelers are treated with respect and courtesy. TSA is aware of concerns presented by Diana Ross about her screening experience at Louis Armstrong New Orleans International Airport this morning. Initial review of CCTV indicates that the officers involved with Ms. Ross’s screening correctly followed all protocols, however, TSA will continue to investigate the matter further. We encourage Ms. Ross to reach out to TSA so we can further explain our procedures, designed to protect travelers from a persistent threat.”

Ross is one of several famed black women who has called out the TSA in recent years. In December 2016, political commentator and media personality Angela Rye shared a video on Twitter of TSA giving her a pat-down. Rye, who appeared to get emotional in the video, said she was humiliated by the procedure. Likewise, Solange Knowles tweeted back in 2012 about enduring a TSA hair search through her curly mane. The “Don’t Touch My Hair” singer quipped that the search was an example of “Discrim-FRO-nation.”

Earlier this year, a report by ProPublica revealed that many black women who have been subjected to hair pat-downs have felt singled out. A survey conducted in March by the publication found that a majority of travelers who’ve experienced hair searches were women of color. Many described the searches as intrusive and disrespectful.

Some TSA agents, however, insist that they’re not racially-profiling women of color for additional security searches. Rather, the TSA full-body machines may be biased against black women’s hair textures and styles. “With black females, the scanner alarms more because they have thicker hair; many times they have braids or dreadlocks,” an unnamed TSA officer who works at a Texas airport told ProPublica. “Maybe, down the line, they will be redesigning the technology, so it can tell apart what’s a real threat and what is not. But, for now, we officers have to do what the machine can’t.”

TSA said in a statement that they are “reviewing additional options for the screening of hair.”