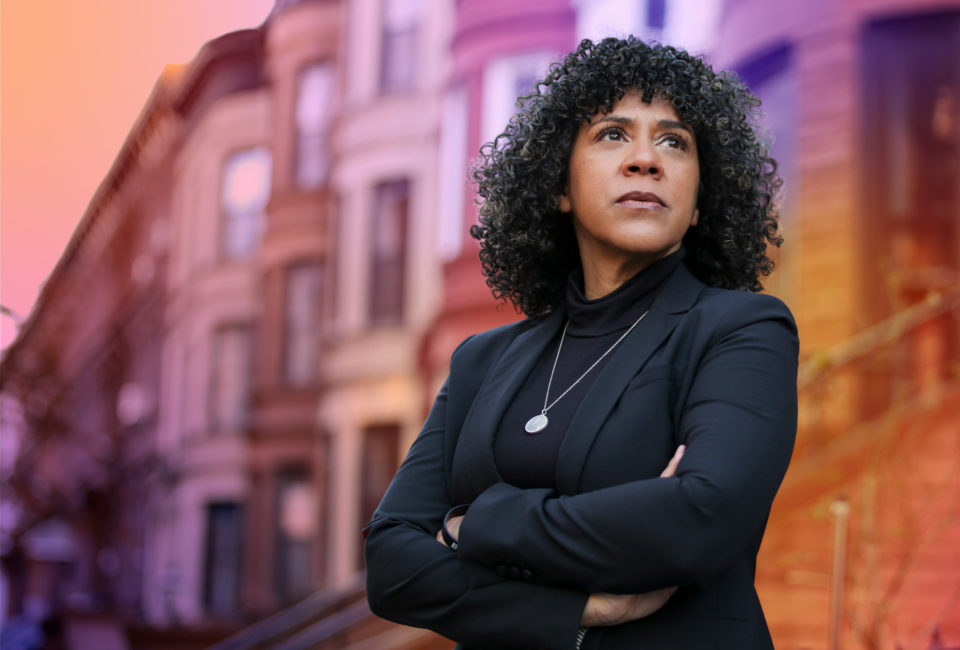 Dianne Morales is not your traditional candidate for New York City mayor, but that’s exactly why she thinks she’s the best candidate. Born and raised in Brooklyn by Puerto Rican parents, Morales has spent her career working for NYC communities at the ground level.

During her career, Morales has co-founded a national early childhood literacy program, created an after-school education program that is now used citywide, and created a career training program in healthcare in the Bronx. Now, Morales wants to scale up her plans to help everyone.

The Stony Brook and Columbia alum told BLACK ENTERPRISE she sees a batted and bruised city as a result of the coronavirus, but one that came together and literally survived together. That includes frontline workers and low-income immigrant workers.

Morales believes the city’s biggest issue is who it prioritizes.

“I think one of the city’s biggest issues is the failure to prioritize communities, the failure for us to invest,” Morales said. “For so long we’ve been divesting from low-income communities that are continuing to suffer and continuing to feel the brunt of that divestment that has been seen over the last 14 months.”

The lack of investment is a big reason why Morales is one of the only candidates to support defunding the police. Morales’ plan would divert $3 billion of the New York Police Department budget to help create a Community First Responders Department. The department will be outside of the NYPD and will be staffed with trained personnel with backgrounds in mental health, wellness, and social issues. Areas she says the NYPD is not trained to address.

“I don’t think that policing equals public safety,” Morales told BLACK ENTERPRISE. “So for me, what it means is divesting from policing and reinvesting in our communities and what actually make our communities safe, because it not policing.”

Additionally, Morales, would remove the NYPD from social services including school safety officers, traffic enforcement, and drug intervention. She would also protect immigrant communities, providing the right to counsel for immigrant and undocumented communities and ensuring no city agency cooperates with Immigration and Customs Enforcement (ICE)

Morales spent a decade in various educational roles including two years at the Department of Education (DOE) and believes the city’s education system really shouldn’t leave anyone behind. Morales will streamline the K-16 system which includes a fully funded City University of New York (CUNY) system, making it possible for all students to access and achieve higher education at no cost.

The educator will also assist disabled students, especially those in marginalized communities. Morales will boost support to make sure disabled students are connected to resources, funding, and opportunities that prioritize their navigation of both DOE and CUNY systems.

Morales will also allocate funding to provide adequate resources, more training, and higher wages for teachers and education workers. She will also increase salaries for all CUNY faculty and staff.

One thing Morales knows is that for a student to be successful in the classroom they have to have a stable household. In New York City more than 100,000 school-aged children are housing insecure.

Within the first 100 days of her term, Morales will provide more secure and guaranteed pathways toward permanent residence. That includes the prompt conversion of hotels into permanent support housing and services for families of 100,000 unhoused school-aged youth.

Morales plans on appointing a deputy mayor who would be tasked with coordinating a citywide, cross-sector effort addressing housing, opportunity, and social mobility. She will also shift the $3 billion annual shelter budget toward preventative measures and implement preventative models that effectively respond to housing displacement and vulnerability.

Morales, a former service provider for NYCHA developments knows two things about the city’s public housing. It’s in disrepair and the majority of its residents are low-income.

Morales has big plans for NYCHA developments, starting with aligning NYCHA objectives with the Federal Green New Deal for Public Housing Act. The city will use grants and investments to make sure every apartment sees energy and technological upgrades including electrical upgrades, water quality upgrades, and community energy generation, including renewable energy rooftops and photovoltaic glass windows, and improved recycling and zero-waste programs.

Morales considers herself a foodie, mostly because she just likes to eat and says the ability to find any kind of food in New York is what separates it from other cities.

Morales believes the people are ready for a candidate like her but she isn’t sure everyone is.

“I think New Yorkers are speaking loudly in supporting this campaign,” Morales told BE. “I think that this is anyone’s race to win and folks should not underestimate the power of the people and what has come together as a result of my candidacy. “