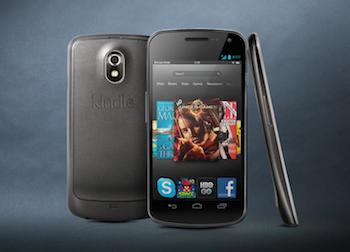 In a cagey bit of Internet promotion, Amazon let loose a snippet clip to hype up an upcoming launch event.

Taking to YouTube Wednesday (June 4), the e-commerce superpower reaffirmed suspicions that they would be going into the smartphone business. The 50-second video features techies of all backgrounds marveling at a device that is off-camera.

As people react to the mysterious new item, the Internet doubled-down on the rumor of Amazon developing a holographic 3D smartphone.

Company founder Jeff Bezos is keeping his cards close to the chest, as Amazon prepares for their June 18 launch event in Seattle.

“It moved with me,” one person noted. Others gestured their bodies or heads while holding the device off-camera.

If you’re interested in seeing more of what Amazon has to offer, a separate link has been offered for those requesting an invite to the event. The occasion is open to Amazon customers, developers and journalists.

What do you think? Is it what’s rumored? Or something else? Speak on it below!