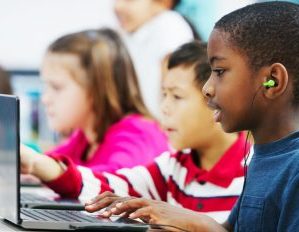 What do children who are struggling with basic skills like reading and writing need? More drills, right? Well, maybe not.

A great article in Sunday’s New York Times describes the stellar work of an ordinary public school in Tulsa, Oklahoma, which provides state-of-the-art STEM education within the context of caring community schools.

“It’s not unusual for students struggling in other subjects to find themselves in the STEM classes,â€ Emily Lim, who manages Tulsa’s Union Public School’s STEM program, was quoted as saying. “Teachers are seeing kids who don’t regard themselves as good readers back into reading because they care about the topic.â€

A struggling fourth grader illustrates Lim’s point. He’s thriving in the STEM class, going further than any of his peers in his design of a vehicle that could safely carry an egg. His teacher now says he’s working harder in other subjects and acting out less.

Notably, the STEM classes are offered to all students, not just those who are considered gifted.

Although Oklahoma has cut its education funds more than any other state, the Union district has managed to develop a program that yields remarkable results, like its high school graduation rate of 89% and pre-kindergarten enrollment of nearly 80%.

One secret to Union’s success is the acknowledgment that “focusing entirely on academics wasn’t enough, especially for poor kids.â€ That’s the observation of Cathy Burden, the district supervisor who initiated Union’s turnaround. After 19 years at the helm, she retired in 2013.

In 2004 the district began organizing its schools around a community schools model. “These schools open early, so parents can drop off their kids on their way to work, and stay open late and during summers. They offer students the cornucopia of activities–art, music, science, sports, tutoring–that middle-class families routinely provide. They operate as neighborhood hubs, providing families with access to a health care clinic in the school or nearby; connecting parents to job-training opportunities; delivering clothing, food, furniture, and bikes; and enabling teenage mothers to graduate by offering day care for their infants,â€ the Times article states.

More than a third of the students are Hispanic; 70% receive free or reduced-price lunch. Although this isn’t a high-income district, it’s providing an education that will prepare these kids to escape the clutches of poverty.

The approach even deters teen pregnancy–not by teaching safe sex, but by showing teens that they can have a future.