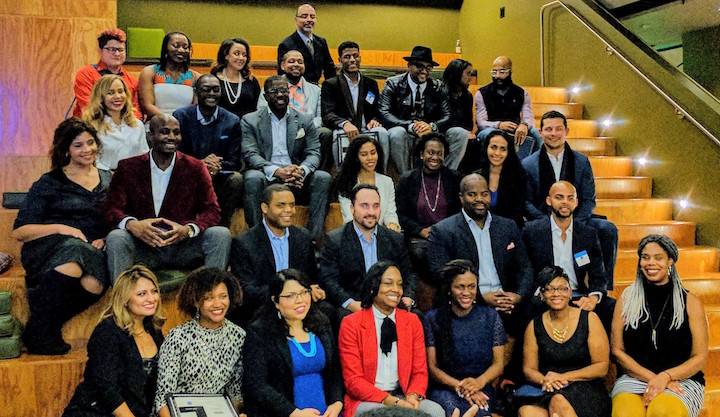 Digital Diversity Network made an unforgettable splash in Silicon Valley.Â  First with an event held at the YouTube space, highlighting phenomenal women of color in technology and then culminating with the 40 Under 40: Tech Diversity – Silicon Valley Awards presented in partnership with theREGISTRYBayArea.comÂ and hosted by Salesforce. Awardees graced the stage ranging from tech moguls to Facebook execs to the Bay Area’s social impact giant, Kapor Capital.

In case you missed it, without further ado, here are the top 40 Under 40, currently making waves in Tech Diversity in Silicon Valley.

In addition to this list, Marc Hannah, Ph.D., was presented with the Game Changer of the Year Award and Rachel Williams, Head of Diversity and Inclusion at Yelp, was presented with the Influencer Award, by Digital Diversity Network COO Kathy A. Johnson. During her acceptance speech, Williams promptly gave credit back to her fellow Awardees, “Everybody who stands before me in this room is an influencer. We are all changing the game.”

Programs that Support Men of Color in College