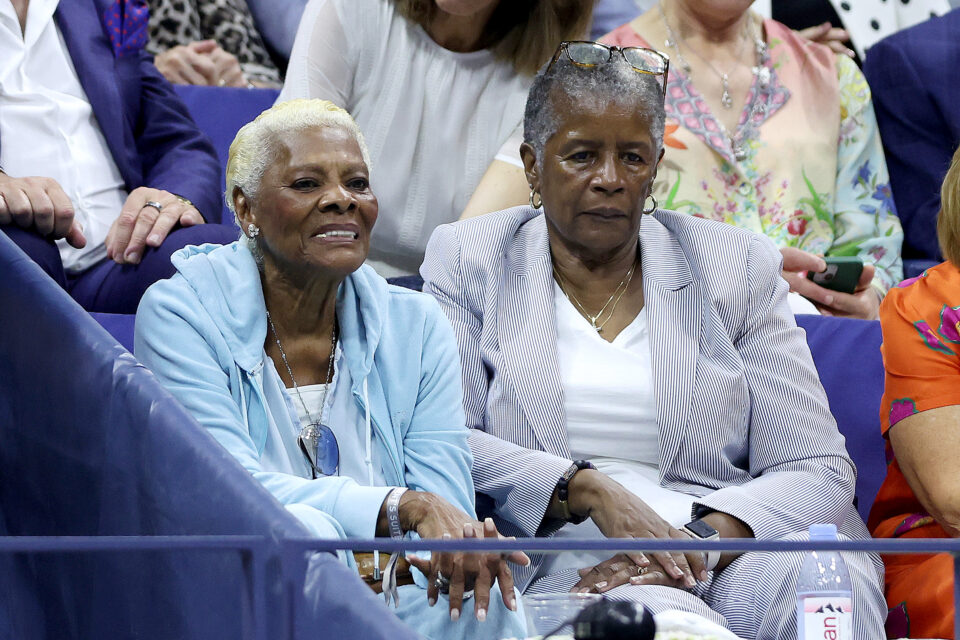 NEW YORK, NEW YORK - AUGUST 31: Singer Dionne Warwick (L) looks on during the Women's Singles Second Round match between Anett Kontaveit of Estonia and Serena Williams of the United States on Day Three of the 2022 US Open at USTA Billie Jean King National Tennis Center on August 31, 2022 in the Flushing neighborhood of the Queens borough of New York City. (Photo by Matthew Stockman/Getty Images)

Dionne Warwick claps back in response to the US Open broadcasters misidentifying her as Gladys Knight during Serena Williams’ victory game against Estonia’s Anett Kontaveit.

On Wednesday, during Williams’ third game of the first set, Mary Carillo and Chanda Rubin made a point to shout out some of the celebrity “stars” in the building. While the camera panned the crowd over to Warwick and her guest, one of the announcers mistook her for the “Midnight Train To Georgia” singer.

A clip of the mishap was widely circulated across social media, including Twitter. Amassing over 2 million views, the brief 8-second footage is shining even more light on one of the most star-studded sports events of the year.

Unacceptable, from both of them. pic.twitter.com/kVSTGRslPs

Twitter fingers stormed the comment section with disappointment, with one user writing, “Are they joking …? Gladys Knight ..? Even Uncle Ray could see the difference.”

I know right?! Are you kidding me?! … although @MsGladysKnight is indeed a living legend – please know that this is another living legend @dionnewarwick pic.twitter.com/aOW569gEhX

Even hip-hop legend Questlove was shocked by the announcement and took to Instagram, “Dionne Warwick people!!!!! DIONNE WARWICK!!!!! @therealdionnew.”

The people also mentioned turning on their notifications for Warwick, the Queen of Twitter, to do what she notoriously does and that’s tweet.

This morning, the “That’s What Friends Are For” songstress had some words about the incident, but kept it lighthearted and classy.

“Hi, I’m Gladys Knight … and instead of taking that midnight train to Georgia, I won’t walk on by but will say a little prayer for you,” she tweeted.

Hi, I’m Gladys Knight… and instead of taking that midnight train to Georgia, I won’t walk on by but will say a little prayer for you 😂😐

According to TMZ, Rubin clarified the details behind the mix-up on social media.

“Too bad I was initially looking at the court (where Auntie Gladys was in the stands) and not our program monitor that showed Ms. Dionne… mistake was immediately corrected.🤦🏽‍♀️,” Rubin explained.