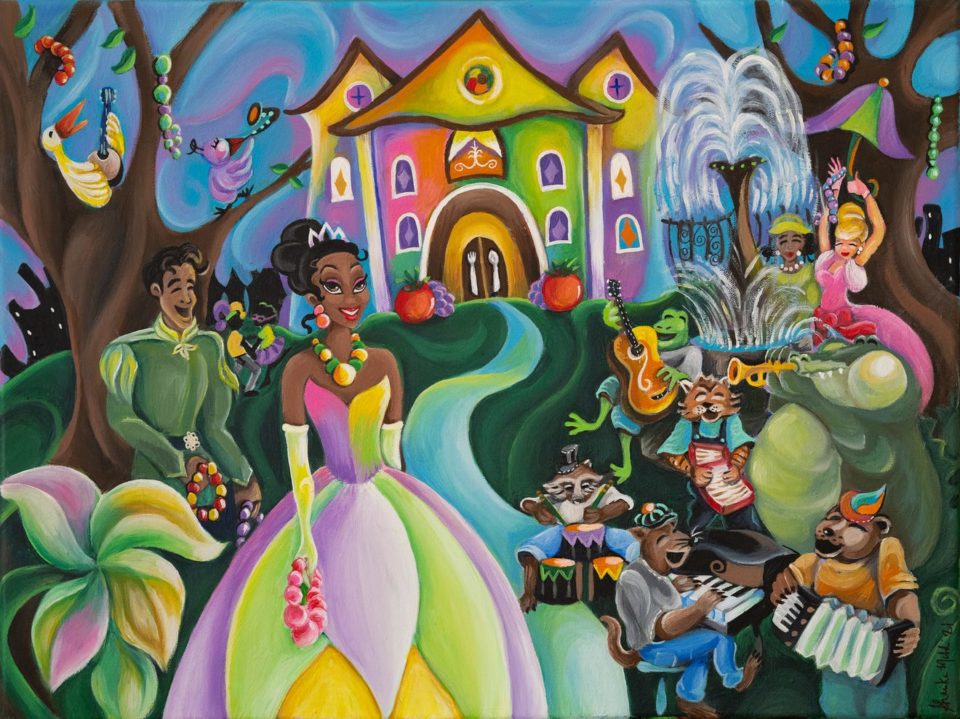 Disney’s first Black princess is set to get her shine on with two new “The Princess and the Frog” attractions at both Disney World in Orlando, Florida, and Disneyland in California.

Disney’s famed Splash Mountain will be reimagined into “The Princess and the Frog,” USA Today reports. A video was released on Monday unveiling the ride as part of the iconic parks’ first-ever Princess Week.

The new Princess Tiana-themed ride will conclude with “the ultimate Mardi Gras party.” Concept art of the new ride shows Tiana with characters Naveen and Louis, as the princess prepares to host a unique Mardi Gras celebration.

“Because if Tiana is throwing a party, it is the ultimate Mardi Gras party,” said Charita Carter, a senior creative producer for Walt Disney Imagineering who is spearheading the project.

The new attraction will feature music from the film’s soundtrack as well as new characters and familiar faces from the original film, as noted by WDNWT.

“Tiana is an ambitious and resilient woman, who proves that success comes through a connection to her family and community and has learned to never lose sight of what’s really important—giving back to others through great food and inspiring them to achieve their full potential,” Disney Parks Blogs reports.

The project has led the team to do a number of research trips to New Orleans to capture the essence of the famed city and do it justice.

“Tiana actually invites us, as the guest, to go on an adventure with her in the bayou, and the fun thing about it is we, as the guests, we are active participants in this adventure,” Carter said. “So she acknowledges us, and just being the witty person that she is, she takes us through this amazing journey where we get to discover not only characters that we know and love from the film, but this is an opportunity to be introduced to some new characters.”

The new ride will replace Splash Mountain’s controversial “Song of the South” theme that resulted in a Change.org petition last year calling for the attraction to be removed from both parks. Disney said it had plans of changing the ride since 2019 but the heightened racial tension of 2020 sped up the process.

Disney’s 1946 film Song of the South has been criticized for being a light-hearted depiction of slavery. Nice to see the iconic park finally getting with the times.