Building Diversity and Inclusion in the Film Industry 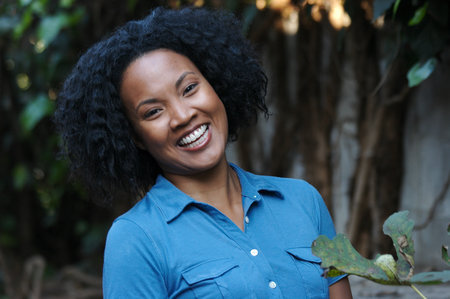 Yvonne Huff Lee is the co-founder of the Lagralane Group, a film industry finance and development company. Beyond investing in socially impactful projects and curating talent for films, the Lagralane Group fights for diversity, inclusion, and visibility by supporting the efforts of filmmaker-focused programming such as Sundance Catalyst, the LA Film Festival, and the Chicago Media Project (CMP), an initiative to help first-time filmmakers receive the resources they need to bring their projects out of development and onto the big screen. Lagralane is also an avid supporter of Ava DuVernay’s ARRAY Alliance, the nonprofit arm of her independent distribution company ARRAY.

When it comes to making diversity a priority, Lee believes, first, we must understand it. “Diversity is more than just skin deep,” said Lee. Diversity means gender, age, or sexual orientation (just to name a few)—and shouldn’t be approached like a checklist. We’re working to redefine what diversity means to the industry and how people approach the topic in their filmmaking. Through backing diverse projects and working with producing partners that value our mission, we are lucky to be able to bring a wide range of stories to life.”

In an interview, Lee outlined how Hollywood can turn theory into practice.

Describe the work you are most proud of.

I’m especially excited about our newest film, Lifeline, which is based on my husband’s life, and what it was like to be adopted as a child of color in the 1970s in the Midwest. The team is also proud to be a part of Netflix’s Academy Award-winning documentary Icarus. The documentary poses questions regarding right and wrong and how it takes serious guts to question authority and stand up to do the right thing.

We are also lucky to have worked with some amazing first-time feature filmmakers such as John Carroll Lynch on his directorial debut, Lucky which was the late Harry Dean Stanton’s last film. Lagralane produced the film and I had the honor of acting alongside Harry in the indie. This year, we’re working with Jordana Spiro on her directorial debut Night Comes On, which premiered at Sundance in January. Night Comes On will be released by Samuel Goldwyn Films this year and we can’t wait for audiences to experience the story.

When it comes to diversity in Hollywood, what do you think most people get wrong?

The No. 1 thing projects get wrong about diversity is approaching it like a checklist. Think of diversity as a state of mind— filmmakers have to have it at the get-go in order to create a truly diverse environment. When Lagralane becomes involved in the projects, we not only look at the diversity of those on screen but also of the crew behind the camera as well. Filmmakers have to ask themselves why they are making the film and what they are trying to depict. How are they impacting the conversation by creating this art? It is paramount that diversity is included during the initial stages of filmmaking, not just as an afterthought to fill a quota.

What are some specific ways you make diversity a priority in the film development process?

One way to make diversity a priority in the film development process is to pick the right partner. The color behind the money matters, and we make sure that any potential investment partners are on board with our passion for diversity. It may take a little longer to assemble a diverse cast and crew, and your partner has to be in it for the long haul.

Another way to make diversity a priority is asking the right questions. As soon as we choose a project, we dive into who is involved. How many women do they plan on hiring? How many people of color are they hiring? Who has an experience that they can lend to this production that no one else has? Asking these questions at the beginning will help create a diverse environment and, therefore, a diverse film.

It’s also important to integrate the story of the film into your approach. Whatever the film’s subject, we make sure we make sure we are surrounded by advisers and crew members who can help us tell the story as truthfully as possible. Do you have a transgender character in the script? Include a transgender writer or adviser on set. If that community isn’t in your wheelhouse, you may have to start sooner and have more meetings in order to include them. Although it may take more time to compile your crew, the wait will be worth it because the story you tell will be as authentic and diverse as possible. 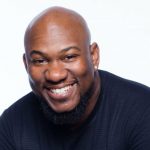 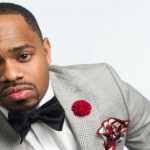