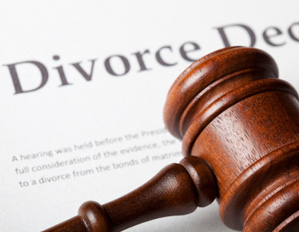 Quarantine restrictions around the world have kept people indoors for up to two months due to the coronavirus outbreak. According to divorce attorneys across the world, that could lead to an increase in divorces and domestic violence.

For some, life stuck at home due to the coronavirus outbreak can lead to arguments, silence, and eventually complete separation from one another in a close environment.

“Our peak times are after long exposure during the summer holiday and over Christmas,” Shackleton said. “One has only to imagine what it will be like when families are sealed in a property for a long period of time.”

Hardeep Dhillon, a consultant solicitor of family law at Richard Nelson, said that after Christmas in 2019, her firm noted a 230% increase in the internet search term, “I want a divorce.” She’s now expecting a similar trend after noticing a rise in divorce rates in China, where citizens have been locked in quarantine much longer than in the U.K.

Spending time together in self-isolation will put a strain on relationships “where problems already exist,” said Dhillon. She added that financial, employment, and health concerns brought on by the coronavirus outbreak will only add to the strain.

“Attending school, working, meeting family and friends, and socializing are essential for one’s mental and physical well being,” she said. “Thus, restricting those liberties, albeit for the benefit of the nation, will undoubtedly have a profound effect on families cooped up at home with no outlet to release their frustration.”

For some, being isolated with a partner is a nightmare.

Due to quarantine restrictions “abusers now have another means by which they can abuse someone,” Ruth Glenn, CEO of the National Coalition Against Domestic Violence, told Vox.

Making matters worse, resources to help survivors, such as shelters, are now being forced to implement social distancing and special procedures if someone gets sick. Adding to the stress is the fact that a looming recession could bring private donations and funds from states to a crawl.

Coronavirus restrictions are currently in place in 21 states, 16 cities, and seven counties across the U.S., meaning both divorce rates and domestic violence incidents could see an increase. Women and men seeking a divorce or an escape from an abusive relationship typically have to figure out finances, new living arrangements, and custody issues on their own. The coronavirus outbreak has only made things harder.