Why It Doesn't Always Pay to Be Nice at Work 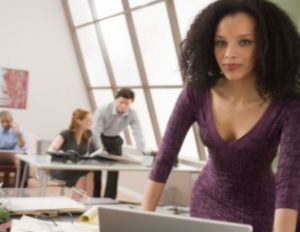 There’s a popular, inspirational saying, “Wake up. Kick ass. Be kind. Repeat.” But, when it comes to your career, can you really be nice at work and still get ahead?

Recent research shows that women are expected to be nice at work by doing favors for colleagues–and they’re paying a price for it.

“This all started five, six, seven years ago, when a group of professional women got together and said, ‘Our lives are out of control, because we say ‘yes’ to everything,'” says Laurie R. Weingart, senior associate dean of education at Carnegie Mellon University’s Tepper School of Business.

Their anecdotal truths were backed up by data, which showed that women–more than men–are asked to volunteer, volunteer, and accept requests to volunteer for tasks on the job.

“There are a couple of reasons why women are afraid to say ‘no,'” Weingart explains:

Men don’t face theÂ same problem, because people have different expectations of them. When was the last time you heard someone tell a man to be nice at work?

“If you don’t expect men to say ‘yes’ and theyÂ do,Â then it’s seen as they are doing this wonderful thing. When women say ‘yes’ to something, they don’t get the same positive response–because it’s expected,” Weingart explains.

So, how should you respond when you’re asked to do a favor? Weingart suggests assessing each instance individually.

“What we learned is that it’s not about saying ‘no’ to everything, but figuring out what you should be saying ‘yes’ to and ‘no’ to,” Weingart says.

Additionally, she says that you should look at every ask with open eyes, and then ask yourself:

Based on how you can answer the above questions, figure out howÂ toÂ respond in a way that is appropriate. “If you can’t do it, recommend someone else–and not necessarily a female,” Weingart says. Try to recommend someone who can benefit from the experience. “Presenting at a conference for a co-worker may not help me because I have presented a thousand times, but maybe it can help a junior colleague,” she continues. “Think about how this can be an opportunity to help someone else.”