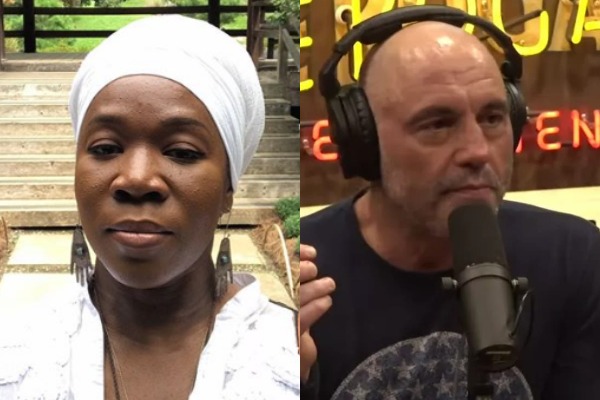 Music artist India Arie who recently vowed to pull her music from Spotify following popular podcaster Joe Rogan’s salacious use of the n-word, is now doing an about-face.

While speaking with CNN’s Don Lemon, Arie walked back her criticisms of Rogan, who hosts The Joe Rogan Experience podcast and who has received a wave of criticism for his history of liberal use of the n-word. Rogan also made troubling ‘Planet of the Ape’ comments that included Black people and reportedly spread false coronavirus information.

During the interview, Arie made it clear that she was set to pull her music from Spotify not only because of Rogan but because of the paltry payments that artists receive when it comes to compensation. That coupled with Rogan’s racist comments and his $100 million dollar Spotify deal provided fertile ground for Arie to get fed up, the AJC reports.

Rogan has since apologized profusely about his insensitive verbiage, something Arie said she accepts.

This is clearly a change of heart for the “I Am Not My Hair” singer who vowed to strip her catalog of music from the Spotify platform where Rogan’s podcast is hosted.

Once Neil Young pulled his music off Spotify’s music platform over Joe Rogan’s controversial comments on the coronavirus pandemic and n-word use, the soul singer lined up to pull her music down after his “problematic” language around race.

“Neil Young opened a door that I MUST walkthrough,” Arie wrote in her post. “I believe in freedom of speech. However, I find Joe Rogan problematic for reasons OTHER than his Covid interviews,” Arie previously said.

“For me it’s also his language around race,” Arie continued.

On social media, video collages have been shared highlighting Rogan’s past occurrences of dropping the n-word with the hard “er” at the end, jokingly referring to Black people as “Planet of the Apes,” and claiming the most “powerful” combination of genes is when you have “the body of the Black man and the mind of the white man.”

Do you think she should have stood her ground?