Denzel Washington and Don Cheadle Nominated for a Golden Globe 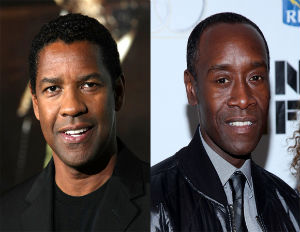 The 2013 Golden Globe nominations are in and some of black Hollywood’s best and brightest are in the running for statues.

Denzel Washington received a nod for his performance in Flight. Don Cheadle snagged a nomination for his leading role in the Showtime series House of Lies.

Jamie Foxx did not get a nomination for his title role in Django Unchained, but the film itself as well as Leonardo DiCaprio, Chritoph Waltz and director Quentin Tarantino all received nominations.

Golden Globe winners are typically favorites for the Oscars.

For the full list of Golden Globe nominees, head to EURWeb.