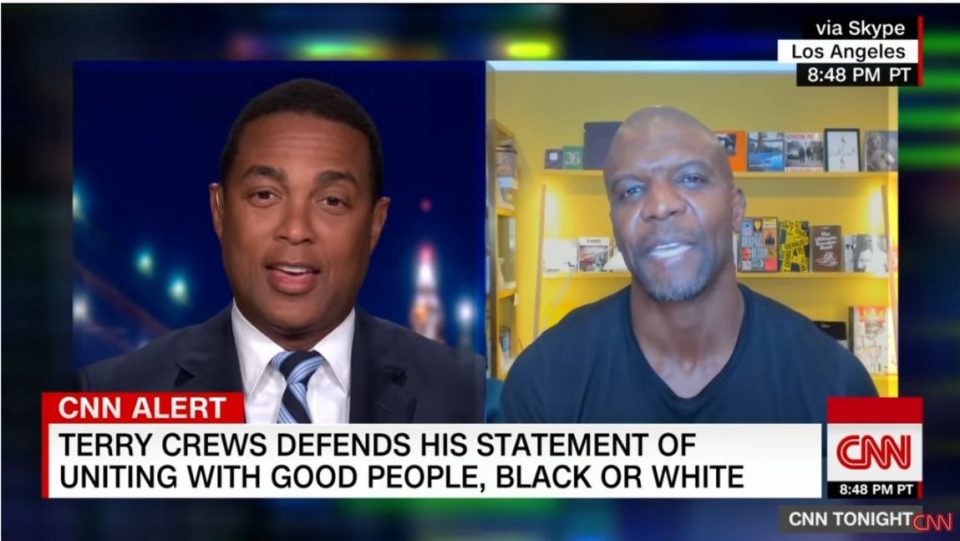 The Black Lives Matter movement has been spreading throughout the world with more awareness after the police killing of George Floyd back on May 25. According to the organization’s website, the mission of the movement “is to eradicate white supremacy and build local power to intervene in violence inflicted on Black communities by the state and vigilantes.” In a heated discussion on CNN, Don Lemon and actor Terry Crews had differing views on what the organization is and should be doing.

Crews has taken a stance that critics equate with those who shout “All Lives Matter” in response to those who are fighting for the exact purpose of being specific to the lives of Black people who are continuously fighting racial injustice on a daily basis. More specifically, police brutality against Blacks and what seems like the killing of Black people with no regard for the lives of Black people. Crews seems to have an issue with the movement not concentrating on other matters such as Black people killing each other. Late last month, he also tweeted his concerns that the movement would transition into black supremacy. His tweet sparked backlash.

If you are a child of God, you are my brother and sister. I have family of every race, creed and ideology.

We must ensure #blacklivesmatter doesn’t morph into #blacklivesbetter

During an appearance on CNN, Lemon tried to explain to Crews that the main focus of the movement is combating police brutality. In response, Crews noted the recent killings of Black children killed by Black people.

“It’s [the movement] got to be all black lives matter,” Crews said, stating that “black people need to hold other black people accountable.”

To which Lemon responds by telling Crews that the BLM movement’s focus is not Black-on-black crime. “If you want an all Black Lives Matter movement that talks about gun violence in communities, including Black communities, then start that movement.”

Check out the full interview in the video below.