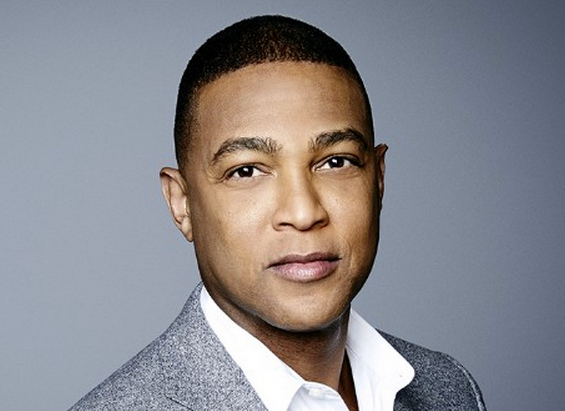 Racial issues and Don Lemon just don’t seem to mix well. The CNN TV anchor is in hot water again facing backlash after comments he made in a Monday night discussion about video footage of the battery of a black South Carolina teen by a white school resource officer.

Joined by former federal prosecutor Sunny Hostin during the chat on whether the officer used excessive force, Lemon indicated he needed more information before “passing judgment.” During the incident, the student was thrown to the ground from her desk and dragged across the floor by Richland County, S.C., Sheriff’s Deputy Ben Fields.

“There’s no excuse for what he’s doing to her,” Lemon said, “but again, we don’t know – we don’t know – this only shows a small slice of time, and I’d like to know more before passing judgment.”

Many viewers took to Twitter in outrage, insulted that the anchor needed more proof than a video of excessive force and making Lemon a hot trending topic.

Chris Hayes got why it was wrong. A white man in the media. But Don Lemon somehow needs more info. Trash.

Can we send Raven & Don Lemon to a secluded island where the only thing they can use for survival is their internalized racism?

Don Lemon trips me out. He was in Ferguson, was teargassed and still found ways to fault the people & not the police.

There is even a Change.org petition calling for Lemon’s termination, and it already has more than 20,000 signatures.

“Since the tragic incident of Trayvon Martin, Mr. Don Lemon has consistently antagonized and defamed the characteristics of the African-American race on the national scale in mass communications,” it reads. “From the holding of the ‘N’ word sign before the national audience, to his most recent comments of the unfortunate incident where a student was removed from their chair like a rag-doll by an officer, Mr. Lemon has avoided the obvious to blatantly state that an attack on the African American race is real and that real solutions need to take place.”

“We, the people, want a journalist and an anchor that will not be afraid to accept the facts that are occurring within the African American community and who will encourage our people the same way that person will encourage others across the board. We, the people, have no confidence in Mr. Lemon’s ability to do that, therefore we are asking CNN to remove him from his position.”

While Lemon hung on the fence over the incident, Democratic presidential candidates took a definitive stance via their Twitter accounts:

There is no excuse for violence inside a school. The #AssaultAtSpringValleyHigh is unacceptable–schools should be safe places. -H

As a parent and as a father, I would be ballistic if somebody did that to my daughter. #assaultatspringvalleyhigh https://t.co/Z4M0HtDw4L

Welcome to the school-to-prison pipeline! This unjust criminalization of our youth has to end. #AssaultatSpringValleyHigh