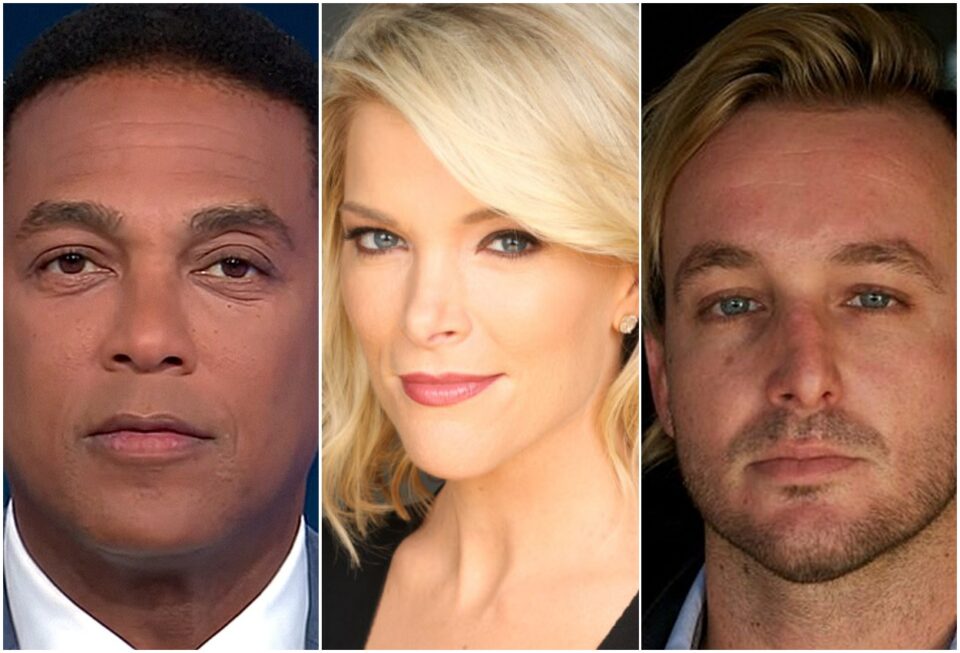 An attorney for CNN anchor Don Lemon is calling conservative pundit Megyn Kelly to task following what the attorney calls a “lopsided and inaccurate” interview with a man who has accused Lemon of sexual assault.

According to the Daily Mail, the accuser, Dustin Hice, appeared on The Megyn Kelly Show on SiriusXM on Monday morning and detailed an incident he alleges took place in the Hamptons in 2018. In a lawsuit filed in 2019, Hice alleges that he offered Lemon a drink after spotting the newsman at Murf’s Backstreet Tavern.

After turning down his offer, Hice claims that Lemon walked away, only to return a few minutes later, put his hand down his own pants, and then place his hand in Hice’s face.

In her letter, Lemon’s attorney Caroline J. Polisi charges that Kelly allowed Hice to present his side of the story without bringing up any of the facts that have been revealed in court proceedings related to the suit.

“Given that you are a journalist, I would have expected, at a minimum, that you would have reviewed the filings on the public docket, such as the attached motion papers, which, citing to supporting evidence, substantially undermines Mr. Hice’s credibility and as well as the outlandish story he fabricated about Mr. Lemon,” Polisi writes.

By not questioning any of the information presented by her guest, Polisi continues, Kelly left her audience with a “lopsided inaccurate understanding of Mr. Hice’s allegations or the strength of the evidence he has against Mr. Lemon.

“You permitted Mr. Hice’s statements to go unchallenged during your broadcast, clearly out of a vendetta you have against Mr. Lemon,” she added.

Lemon’s legal team is actively working on getting Hice’s lawsuit thrown out on the basis that the plaintiff won’t release critical text messages that would disprove his version of the incident. The attorneys also maintain that Hice deleted social media posts pertinent to the case and is hiding a witness who would contradict his account of the night in question. 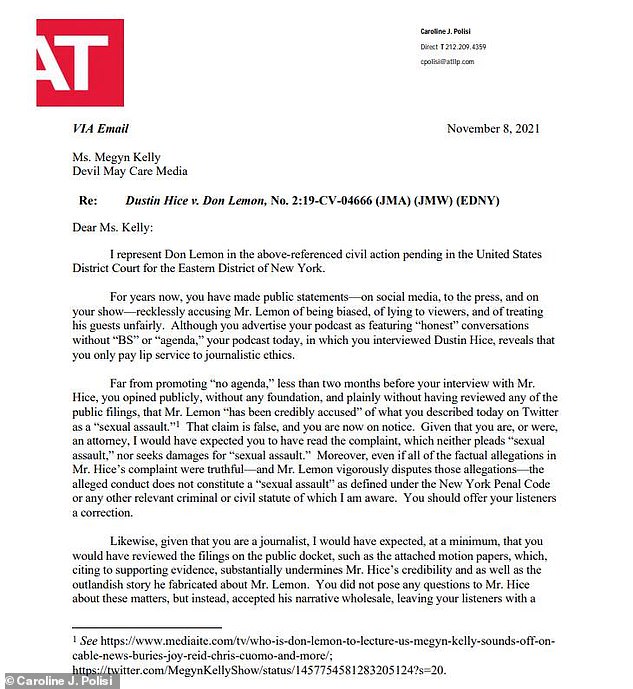