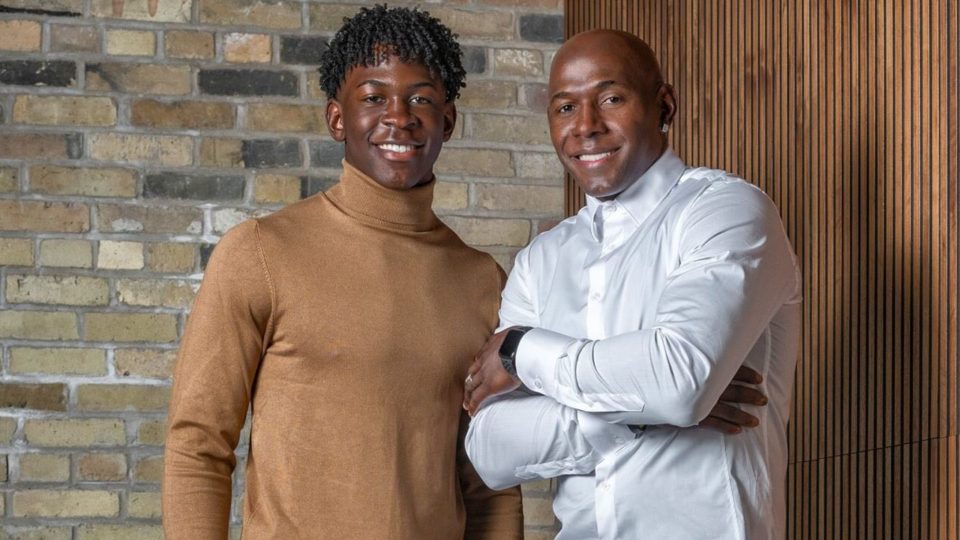 According to Inside Hook, the Super Bowl-winning wideout and his 17-year-old son, Christian Driver, recently designed a new line of shoes with Milwaukee-based leather outfitter Moral Code. This partnership produced the brand’s first-ever collaboration that includes five styles. A portion of the proceeds is going toward the Donald Driver Foundation, which will support career and community development initiatives for underprivileged children and families.

No words can express my feelings. As a kid, I dreamed of having my own shoeline collection. Now, it’s finally true. “Dreams Do Come True”

“If you look good, you feel good. You have to be confident in your own self. I knew at that point I needed to dress for success if I wanted to have a long career after the game of football. Football only lasts a certain time and then you have to go into the real world,” Driver says. “I had a degree in accounting and didn’t know how long football was going to last. I knew if I had to go into banking or finance and become my own CPA, I needed to be dressed for success. We’ve all been stereotyped one way or the other. If you have your pants sagging and your shoes are dirty and you look a certain way, people won’t take you seriously and won’t respect you. You have to present yourself a certain way if you’re going into the corporate world or you are going into a certain industry. That’s what we really want to teach our young men. You have to be willing to look at yourself from a different perspective. For me, it was like I want to be the same person inside, but I needed to be a little bit different outside.”

His son, Christian chimes in by saying, “We chose shoes because that’s what most people look at when they meet you or if they’re looking at you from afar. They don’t look at your clothes first. They look at your shoes and then look up as time goes on. I think shoes catch people’s attention the most. They look at the bottom and then they come up to the top. That’s why we created the shoes.”