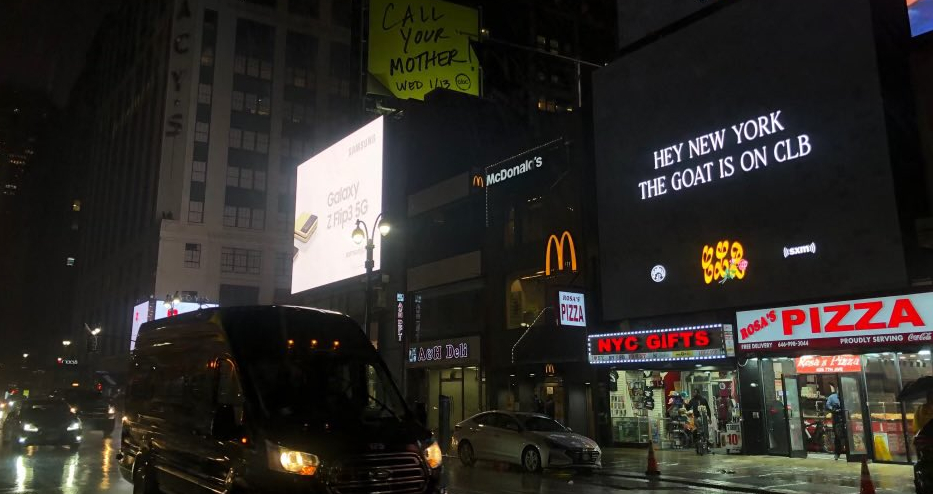 With all the hoopla over Kanye West and his latest project, Donda, finally dying down, the focus has been placed on Canada’s favorite artist, Drake, whose latest album, Certified Lover Boy, is being released today, Sept. 3.

It would take a LOT to top the buzz that surrounded the marketing and promotion of Ye’s album. But, Drake and his OVO label did a commendable job nonetheless.

Drake decided to use another tactic that has definitely caught the attention of hip-hop and music fans everywhere when billboards in several cities starting popping up that helped promote the upcoming “CLB” LP. Social media took notice of the billboards as several users displayed what was shown in several major cities such as Atlanta, New York City, Texas, Memphis, and California.

The “Official” #Drake Fansite, Word On Road, posted several billboards showcasing the artists believed to be featured on the Certified Lover Boy album.

Billboards have been strategically placed in the city where the featured artists on the album are from.

Chicago prominently announces Smurk, aka Lil Durk, is on the album. Memphis includes artists Project Pat and Yebba, while the California pic mentions Ty Dolla $ign and Giveon. Atlanta mentions Savage (21 Savage), Slime (Young Thug), Pluto (Future), and Baby (Lil Baby), and there is speculation that Jay-Z is the aforementioned “GOAT” listed on the New York billboard—specifically because Tidal posted the NY billboard on its Twitter account. The Houston billboard lists “The Hometown Hero,” which leads to speculation that it refers to Travis Scott.

At midnight, the world will definitely find out as there is no anticipated delay of possibly the most anticipated album of the current week!