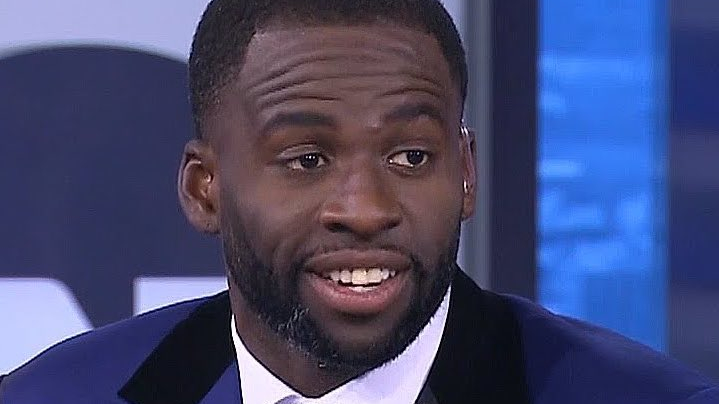 In what is being billed as a first, an active NBA player will also double as a commentator and content provider when not performing his regular job duties on the basketball court.

WarnerMedia announced that Golden State Warriors forward Draymond Green is joining the on-air staff of Turner Sports, TNT, and Bleacher Report. Although Green is currently playing in the NBA, he will contribute to the media outlets when available.

This is the first time an active player will make appearances as a commentator and contributor while still being involved in the league.

The three-time NBA champion and three-time NBA All-Star, who has been with the Golden State Warriors since he came into the league, will join Turner Sports in an exclusive, multiyear agreement. Green is expected to make appearances on TNT’s Inside the NBA and contribute content throughout the Turner Sports and Bleacher Report portfolio.

The 3x NBA champ will contribute to Inside the NBA as an active player in a first-of-its-kind deal 👏🏿 pic.twitter.com/wXdIkq1ao2

“I’ve had an amazing experience working with Turner Sports in recent years, and I’m a big believer in the way they entertain and genuinely connect with fans on all levels,” said Green in a written statement. “Today’s announcement helps to formalize our relationship and I couldn’t be prouder to officially be a part of the TNT family.”

Green will be joining the Sports Emmy Award-winning television team of Ernie Johnson, and former NBA players Charles Barkley, Shaquille O’Neal, and Kenny Smith as an analyst. He will make special appearances throughout the season and contribute to various other programs, special projects, and content initiatives.

“Draymond is an incredibly versatile talent, both on the court and in front of the camera,” said Tara August, senior vice president, Talent Services and Special Projects, Turner Sports. “He’s a team player in every sense, while offering a distinct perspective that is highlighted by his keen basketball IQ, charismatic delivery, and forthright, thoughtful opinions that include and extend beyond sports. We’re thrilled to more formally welcome him to the Turner Sports family.”