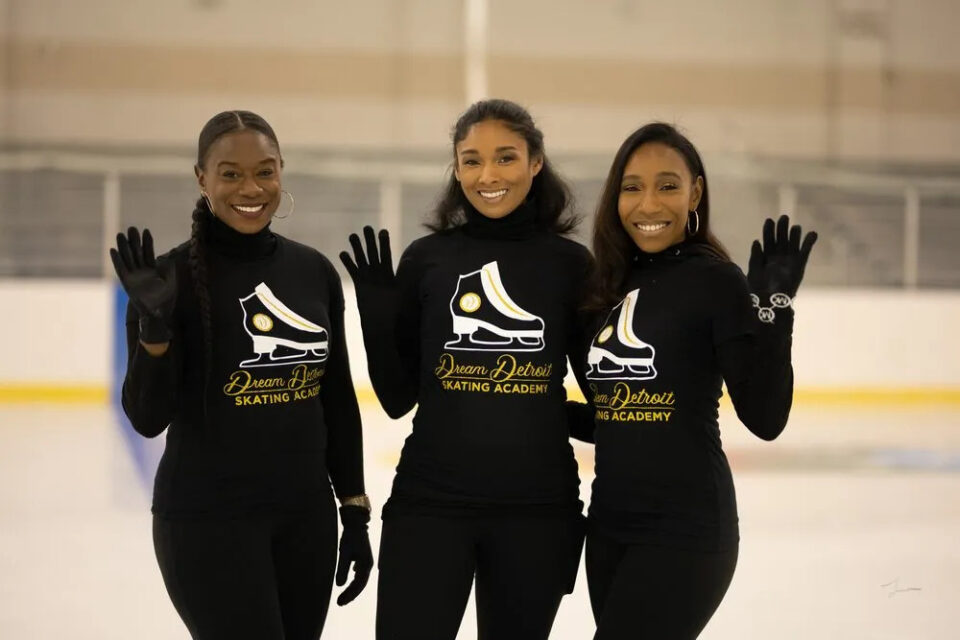 Angela Blocker-Loyd and Candice Tamakloe, skating directors of Dream Detroit Skating Academy (DDSA), pioneer Motor City’s only Black-owned female skating club and the state of Michigan’s only Black-owned figure skating club. The academy, which offers a high-quality and rigorous figure skating program, provides a variety of beginner and advanced classes, as per the Detroit Free Press.

Blocker-Loyd’s figure skating journey began at 9 years old, while being the youngest skater and among the few Black skaters at the Berkley Ice Arena and Recreation Center. Tamakloe took her under her guidance, and the rest is history. Among the few competitive Black skaters in the metropolitan Detroit area, the pair were moved to fill a need in the community—lack of representation.

“There has never been a skater at the national or international level to come out of the city of Detroit,” Tamakloe told the news outlet. “We want to bring that quality back into the city.”

The Dream Detroit Skating Academy aims to breathe new life into the city. The website speaks to Tamakloe’s determination. “Exposure facilitates many of our youth’s interests. Interests are the seeds that inspire dreams and dreams fuel our drive for success. Unfortunately, figure skating is an opportunity to which few Detroit youth are exposed, but Dream Detroit is working to change that.”

And so, Blocker-Loyd and Tamakloe decided to be the change they wanted to see. In doing so, they built a figure skating community with “hopes to instill, in its students, a sense of self-worth, community, curiosity, and most importantly, the confidence to explore opportunities beyond the scope of their familiar environment,” as per the website.

“Hold Fast to Dreams. For if Dreams Die, Life is a Broken Ice Skate that Cannot Glide.”