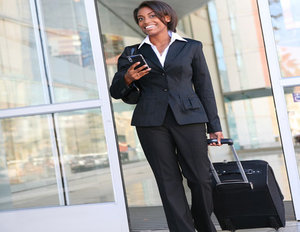 Our working abroad series continues with fearless professionals who stepped out of their comfort zones to live and work overseas. From South Korea to Nicaragua, read about their global work experiences below.

On Landing the Opportunity
I was looking for an opportunity that would allow me to earn money while also traveling the world. Someone referred me to the EPIK program in South Korea and I quickly did research on the program and signed up for it. Months later there I was, living and working in Busan, South Korea.

On Expat Challenges
Living in South Korea was a total Culture shock. People wanted to touch my hair and my skin, some people stared at me, some pointed. It was a hard adjustment but after a few weeks I was able to accept my reality and it was at that moment that I started to discover the beauty of SK. I loved living there! I tried new foods, met new people, earned a decent amount of money and I was so close to other countries that traveling was so easy to do.

The work culture is very different. For instance, as a foreign English teacher if I got tired in the middle of my workday, I was allowed to take a “rest” for an hour during my work day and get paid for it–I would go to my office, shut the door and take a nap, there is no company in America that does that, I’m sure of it.

I did work hard though teaching middle school students but I loved it. I met so many great people in South Korea that I still talk to today. In Korea we would do the regular things people in there mid twenties do: party, go to the movies (English speaking with Korean subtitles), go out to eat, hang out at the beach, etc. I would definitely move back there for the right opportunity.

On Landing the Opportunity
I have lived in Sydney Australia since 2006. I came here after living 4 years in Qatar where I worked as an Education Coordinator as well as a Teacher at an American High School in Qatar. I wanted the opportunity to live abroad as well as complete my Masters in Educational Leadership and Management at the University of Sydney. I loved the city, the people and the geography so much that I have made it my home since.

On Expat Challenges
I think one of the major challenges to living abroad is readjusting yourÂ world view. The problem many Americans face abroad is the idea that inÂ America everything is done a certain way so you expect the rest of the world to do things in the same manner that America does things. This will have you in a state of continuous disengagement with your current surroundings.

Americans have a history of being a bit snarky when it comes to process procedure and expectations. I think the best approach is to learn from other cultures and appreciate having the opportunity to live and do things in a way that is unfamiliar. It is also hard being here with family being such an important part of my life. And Australia being so far from most places but the furthest from the States. I use social media and Skype to keep in touch with family so much it kind of feels like we live locally.

The work culture in Australia is amazing. They value the people first here which means lots of great work relationships, plenty of holidays, and overall a great work environment. People here, spend a lot of time with their families and vacation a lot so every Australians get 4 weeks paid annual leave and you can actually do salary sacrifice and purchase more paid leave as well. I think it’s based on the Swedish model that says happy employees are more engaged and therefore more productive.

Sydney is such a social city. The people are nice and they are eager to learn about the African American experience. There are loads of concerts and American artist out here nearly each week.

Sydney has been described as a ” Black man’s paradiseâ€ the women here are pretty much up to par with any major city in the world physically and the general Australian attitude is great as well. They call it “mateshipâ€ which pretty much means helping a stranger out and a sense of concern for people you don’t know. I love it here and couldn’t think to live anywhere else actually.

Damon Jones, Nicaragua, 1 and a half year

I left my corporate position at Oracle-Micros toÂ start my own business and work as a Consultant in the HospitalityÂ Industry in the Caribbean.

Expat Challenges
I grew up in an expat family so I had the yearning to move abroad. Slow internet is the largest challenge to working abroad. WorkÂ culture is much more relaxed and time is relative. I enjoy not having toÂ wear a suit or tie. The warm climate suits me. The planet is myÂ playground and I have many more places to visit and live. Check out Damon’s video about his global adventures in Nicaragua.