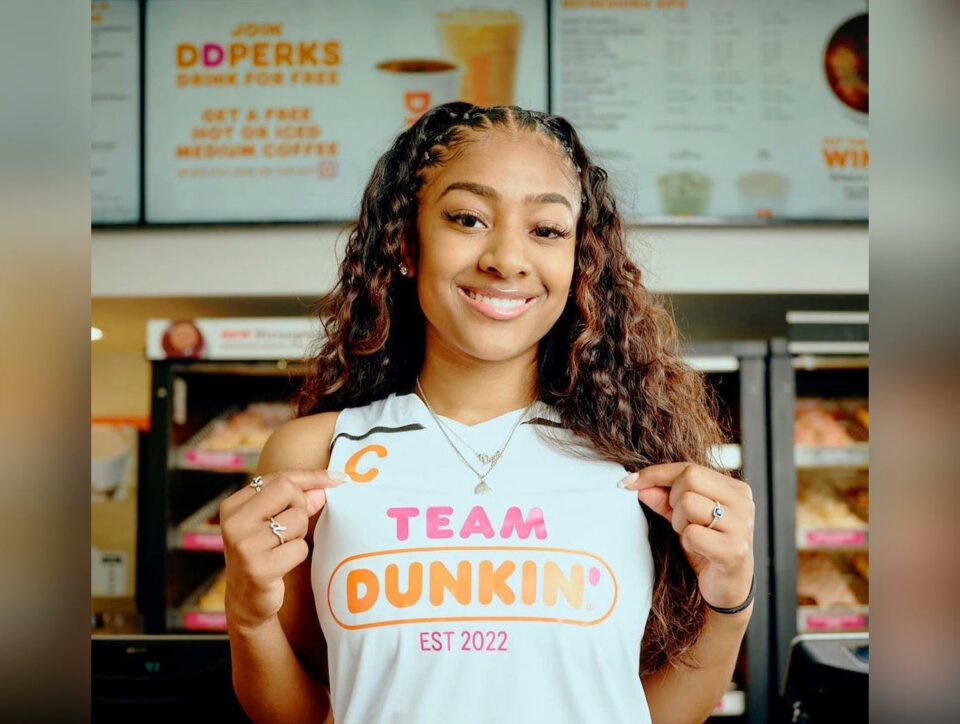 Student-athlete Deja Kelly, a sophomore at the University of North Carolina at Chapel Hill, has been added to the roster of Dunkin’ Donuts endorsers.

Consumer brands are now swarming to college sports after the National Collegiate Athletic Association (NCAA) announced last June that student-athletes were cleared to profit off their name, image, and likeness, or NIL. While Dunkin’ is  no stranger to the sports world—former New York Giants quarterback Eli Manning, for example—it is one of the first to recruit college athletes in spokesperson deals.

“I am so excited to announce that I am officially the captain of Team Dunkin’! I am a longtime Dunkin’ fan so this is truly a dream come true—stay tuned to see how Dunkin’ fuels me on and off the court,” the 20-year-old guard  posted on Instagram.

As part of the deal, Kelly must “promote the coffee and doughnut brand on social channels and have their own co-branded meals in their college towns,” according to Dunkin’.

Her new deal of monetizing her NIL comes after signing with talent agency William Morris Endeavor (WME) Sports in September.

In high school, Kelly became a top 10 recruit before choosing to hoop at UNC, which has storied a men’s basketball program. She turned down multiple offers. “With me, I was really strategic in my recruiting process, and I wanted to go to a school where I could build my own name, I could build the program up, I could set my own legacy at the school eventually and win some championships of my own, instead of going to a school that was already established,” she said.

Dunkin’ Donuts has confirmed plans to scout more student-athletes throughout the year, taking full advantage of the new NCAA guidelines.

This is a great opportunity for student-athletes to shine on their grind.