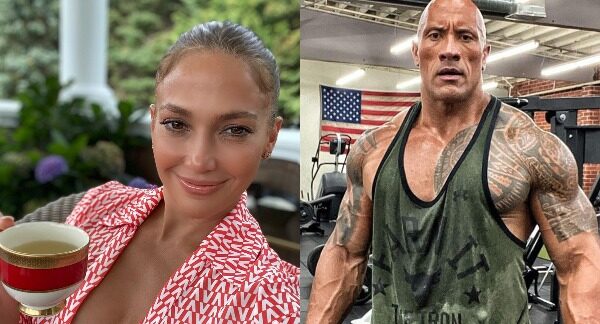 Jennifer Lopez, Dwayne “The Rock” Johnson, and rapper Travis Scott are among the 10 celebrities that made The Hollywood Reporter‘s inaugural list of entrepreneurs.

We’re living in the day and age where celebrities are more than just entertainers and have started to expand their portfolios to include entrepreneurial and business ventures. Brand strategists say celebrity product launches are the new rave in Hollywood following a year where the pandemic put a pause on everyone’s payday.

“It’s exploded,” Toby Borg, CAA’s head of global client strategy said. “With the pandemic, people were at home with time to explore their passions. The pandemic definitely accelerated a trend that we were already seeing.”

Outside of being the highest-paid actor for the last two years, The Rock is also being praised for his business investments and launches. His 2019 investment in the water company Voss was just the prerequisite to Johnson’s expansion into the beverage sector.

It came after the launch of his Teremana tequila that moved 1.4 million cases in its first 16 months, The Spirit Business reports. The “Jumanji” star kicked off 2021 by launching his own sports drink company VOA.

“Hydration has always been top of mind for me,” Johnson said. “This goes back to when I was a teenager, just dipping my toes into the realm of health and fitness. [Since then,] I’ve always been very particular with what I ingest, particularly with beverages.”

Jennifer Lopez’s new skincare line and her DSW shoe collection helped her make the list. As a high-profile international superstar, J. Lo is able to seamlessly promote her shoes on red carpets and public appearances and highlight her skincare and beauty products on social media and in interviews.

“Over the last several years, I have transitioned into becoming an owner, investor and, in the case of JLo Beauty, a founder,” J. Lo said.

“I want to align with brands that feel authentic to my values and that are inclusive, innovative, and forward-thinking, with the goal of helping them have a greater impact on society.”

Travis Scott is one of the few rappers on the scene stepping out from the typical hip-hop persona and expanding his brand awareness as a businessman early on. His spiked seltzer beverage, Cacti has been dominating the beverage scene and performing well among young consumers.

The beverage sold out within the first 12 hours online and sold out in stores within 24 hours. During the first week of launch, Cacti held the highest first-week rate of sale for a variety pack in the company’s history.

Outside of his successful beverage business, Travis has amassed millions from successful brand partnerships with corporate giants like McDonald’s, Dior, Nike, and PlayStation. His Astroworld Festival continues to grow in popularity among the festival scene.

He hosts it in his hometown of Houston and this year’s headliners include Earth, Wind & Fire; Tame Impala; Bad Bunny; SZA; Roddy Ricch; and Master P.