Easing the Transition from College Student to Adult 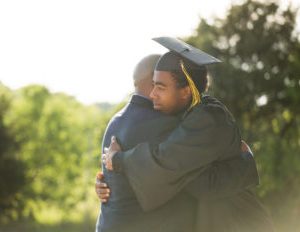 Yesterday, I spoke with Hal Runkel, a licensed marriage and family therapist, who wrote the best-selling books ScreamFree Parenting and ScreamFree Marriage. Now, Runkel has written a new book, Choose Your Own Adulthood: A Small Book About the Small Choices That Make The Biggest Difference. 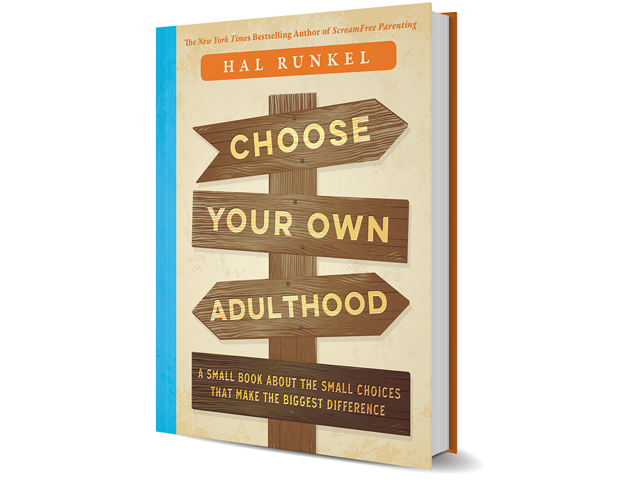 The book addresses the issue of parents helping kids successfully launch into adulthood with appropriate, non-prescriptive parental support. As a parent of adult children, I know this isn’t always easy, so I spoke with Runkel about this and more.

On Understanding the Consequences of All Choices

I asked Runkel about the potentially big impact of some of the small choices that young adults may make.

“Reacting Is Being an Animal”

Another choice? “‘Respond more and react less.’ To ‘respond’ [is] being human. Reacting is being an animal—just reacting emotionally, not thinking. Adults have much more successful lives when they’re able to pause before reacting.”

A choice from the book that I especially appreciate is, “Produce more and consume less.”

“Although everything around us tells us we’re what we consume, that’s not true. You are not what you consume—what you watch, buy, or wear,” Runkel says. He goes on to say we feel better when we produce or create—whether you knit, cook, or build something.

Be more interested and less interesting. Runkel says, “Don’t try to impress people. Be genuinely interested in others. Ask them a question. Say, ‘Tell me more about that. I don’t know anything about it.’ Don’t pretend to know something you don’t.”

Those are the small choices that can have a big impact—but how can parents most effectively support their children’s budding adulthood? Runkel says the No. 1 way is this: Respect their individuality.

“We’ve got to respect their ability to make choices and to learn from their mistakes. Forcing advice on them will turn them away, and cause us to come across as anxious, as if we take their choices personally.”

Runkel acknowledges that parents may, in fact, know better! But by trying to control our children, we actually reduce the likelihood that they’ll follow our advice. If they do, they feel less strong and capable.

For more about how to successfully transition from college student to adult, go here.