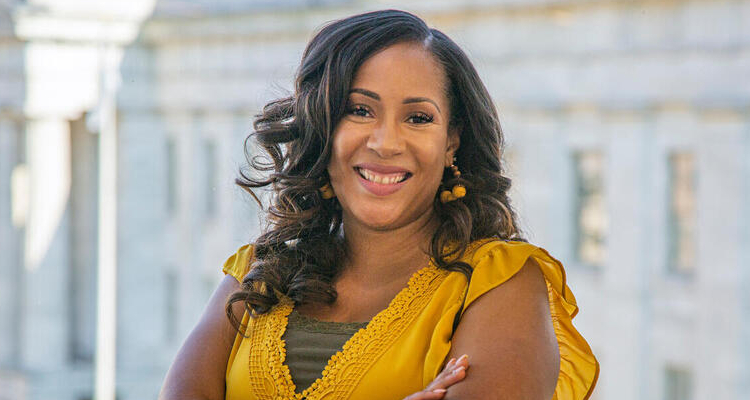 Some personal news, I’ve been appointed co-Executive Director of @GreenpeaceUSA!

I am humbled and excited to join @AnnieMLeonard in leading Greenpeace. Immense gratitude to the colleagues, Greenpeace activists, allies, and Black women movement leaders that inspire me every day!

“I am humbled and energized to join Annie in co-leading Greenpeace at such a pivotal time,” said Twilley Martin in a written statement.

“The environmental challenges we face are enormous–a point that Hurricane Ida has underscored when it slammed into Louisiana’s coast, a site of longstanding environmental health and justice struggles and now on the frontlines of the climate crisis. To address these intersecting crises, we have to build a strong and diverse organization, which is part of a diverse and strong movement. That’s what I am doing—what I want to be a part of. Annie and I believe that our multiracial shared leadership will model the change we wish to see in the movement and in the world. My priority is to make sure that Greenpeace is talking to people like me about why and how we have to act now on the climate, and making the world a safer, more equitable place for our children.”

Twilley Martin and Leonard will be share the managing of Greenpeace’s U.S. operations. The hiring of Twilley Martin was facilitated by the Greenpeace USA Board of Directors to create a more sustainable position that can better serve the organization’s employees, supporters, and the creation of a greener and more peaceful world.

“I am absolutely thrilled to partner with Ebony as co-executive directors at Greenpeace,” said Leonard, who has led the organization since 2014.

“I have worked closely with Ebony and seen first hand what a courageous and effective leader she is. Even though Greenpeace has achieved major environmental victories in the 50 years since our founding, it feels like that was simply a warm-up for what we must do now. The climate crisis is the biggest challenge humanity has ever faced, and Greenpeace needs to be in top fighting form to take it on. Ebony and I have already accomplished much together working as ED and COO, and taking our partnership to the next level of fully shared power as Co-Directors, is exactly what Greenpeace needs right now to meet the moment.”

Before Twilley Martin was COO, she was Greenpeace’s first Black woman chief officer of people and culture. She also served its senior talent acquisition manager and director of human resources, both in 2014.