Study: The Economic Impact of LeBron James on His Next Team's City 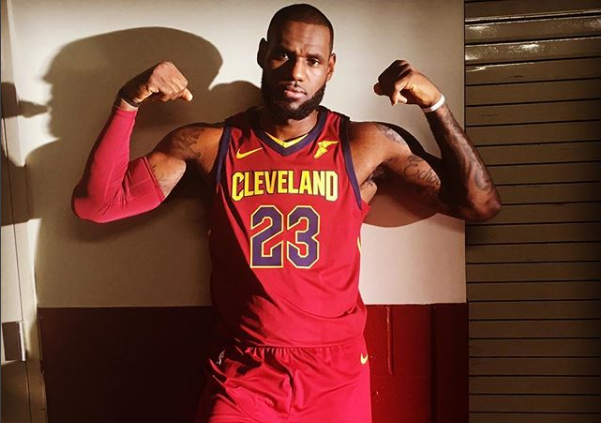 With three NBA championships and four MVP awards under his belt, LeBron James is arguably one of the greatest basketball players of all time. But the league’s most dominant player has much more to offer a city than an NBA title; his mere presence can change the immediate area’s entire economy.

Where the King Goes, the Money Follows

A 2017 study published by the American Enterprise Institute (AEI) quantified the effects that the 33-year-old forward had in Cleveland with the Cavaliers and his brief stint in Miami when he played for the Heat from 2011 to 2014. The data revealed that James’ presence in both of these cities had a huge impact on their local economies by boosting restaurant revenue, ticket sales, and job creation. According to the report, the number of eateries and bars within a mile of the stadium where James was based at the time increased by 13%. In turn, employment within those establishments increased by 23.5%. While, on the other hand, those numbers dropped when James was not on either team.

“James has a statistically and economically significant positive effect on both the number of restaurants and other eating and drinking establishments near the stadium where he is based, and on aggregate employment at those establishments,” wrote the co-authors of the report, Daniel Shoag, an associate professor of Harvard Kennedy School and Stan Veuger of AEI.

Likewise, James’ return to Cleveland in 2014 had an immediate effect on his hometown’s economy. Shortly after James announced his return, ticket sales spiked by more than 100 times, jumping from $25 at one point to a staggering average of $386. Nonetheless, season tickets sold out within hours. Plus, Cleveland.com reported in 2015 that James’ return to Ohio resulted in a nine-figure economic boost for downtown Cleveland.

The LeBron Effect On Other Cities

James, who currently has a $100 million contract with the Cavaliers, will have the option to head to free agency following the 2018 season. Naturally, there’s speculation about his potential new destination and how the city would benefit economically. A new study released Thursday exclusively to Black Enterprise took a look at the cities that would benefit the most if King James joined their NBA team. The study, which was conducted by FormSwift and aptly titled the “LeBron HQ3 Sweepstakes,” analyzed data based on the following criteria:

The results found that New York would gain the biggest economic boost if James signed a five-year contract with the Knicks. According to the report, James would have a $1.7 billion economic impact in New York, bringing the state $1.2 million in tax revenue and over 12,000 new jobs over a five-year period.

In comparison, if the NBA star signed with the Brooklyn Nets, the state’s economy would receive about $441 million, 3,334 jobs, and $32 million in state tax revenue.

Should the All-Star athlete join the Washington Wizards, he would bring the nation’s capital over $66 million in state tax revenue, 3,200 jobs, and more than $444 million in total local economic impact in five years.

Los Angeles would benefit from a $396 million economic impact if James joined either the Lakers or the Clippers. In addition, the city would gain about 3,000 jobs and $29 million in state tax revenue.

Should the superstar athlete decide to join the Celtics, then Boston would gain a $24 million tax revenue boost, along with a $376 million, five-year local economic impact, and more than 2,500 new jobs.

If James moved to Toronto to play with the Raptors, the Canadian city would gain $20 million in tax revenue and almost 4,000 jobs. In total, James would have a $397 million economic impact within five years.

Hence, no matter where James goes in 2019, one thing is for sure: business will follow.

Check out the LeBron HQ3 Sweepstakes ranking below.