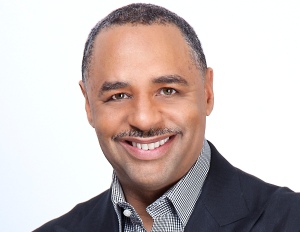 Former television show host of Our World with Black Enterprise and moderator of Atlanta’s BE Modern Man panel, Ed Gordon will begin production on Bounce TV’s first ever primetime news magazine show, set to premiere on the network on September 13.

“From President Obama to Louis Farrakhan, from BeyoncÃ© to O.J. Simpson, Ed is a trusted confidante of the African American newsmakersÂ who define our culture. His insightful reporting and courageous storytelling make him the perfect journalist to shepherd our first news magazine show,”Â said Ri-Karlo Handy, Senior Vice President of Original Programming for Bounce TV.

Gordon commented, “We are going to produce the kind of program I have alwaysÂ wanted to do. We’ll provide perspective and give our audience a more complete picture of the major issues. I’ll be able to talk one-on-one with the day’s newsmakers andÂ celebrities, and get them toÂ open up. That’s always a challenge andÂ something the audience has come to expect from me. At the same time, we will also tell a wide variety of stories that are rarely presented on television. I’m extremely excited about our new show and thrilled to be joining Bounce TV.”

In addition to his work with Black Enterprise, Gordon has been a contributing correspondent for 60 Minutes, The Today Show, andÂ Dateline NBC. He is also the host of “News and Notes with Ed Gordon” on NPR, is an anchorman for BET, and a weekly contributor to the national radio show, “The Steve Harvey Morning Show.” Gordon has also been the recipient of an NAACP Image Award, as well as the prestigious Journalist of the Year Award from the National Association of Black Journalists.

To find out more about Ed Gordon, visit BounceTV.com.