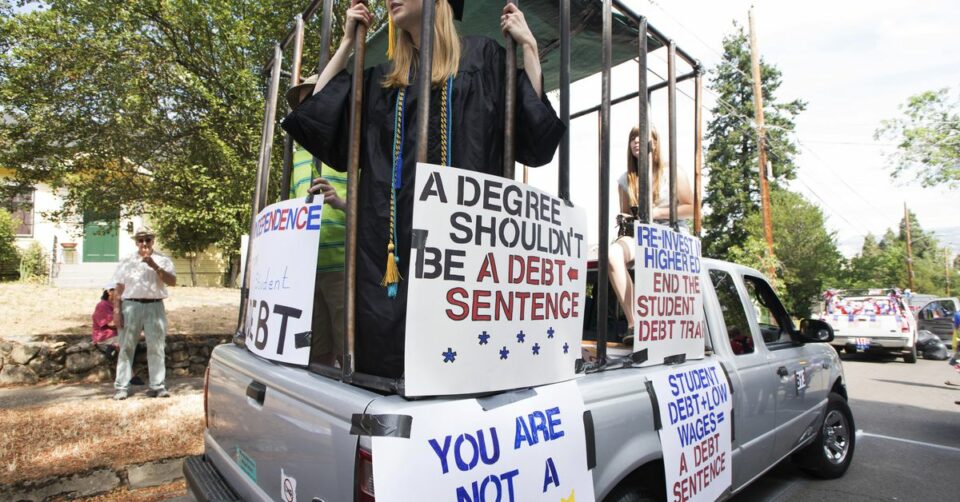 An NPR investigation revealed income-driven repayment plans were badly mismanaged by the Education Department and the loan servicing companies it employs.

“Student loans were never meant to be a life sentence, but it’s certainly felt that way for borrowers locked out of debt relief they’re eligible for,” said Education Secretary Miguel Cardona in a statement. He said the move begins to “remedy years of administrative failures” and the actions demonstrate the administration’s commitment to delivering “meaningful debt relief and ensuring federal student loan programs are administered fairly and effectively.”

Student loan debt is the second-highest debt Americans carry as more than 43 million borrowers collectively owe more than $1.6 trillion. In the run-up to the 2020 Presidential Election, President Joe Biden committed to broad student loan forgiveness. However, since taking office in the White House, he has been quiet when it comes to that pledge.

Biden has extended the COVID-19-related student loan payment pause several times, including earlier this month when he extended the pause through Aug. 31. He also has given relief to disabled students and victims of for-profit colleges. Since stepping into office, the Biden administration has canceled $17 billion in debt for more than 725,000 borrowers.

The Education Department will also conduct a one-time account adjustment to count long-term forbearances toward income-driven and public service-related forgiveness. The changes will be automatically applied to the borrower’s accounts. Borrowers that were pushed into short-term forbearances will also be able to seek account reviews. The Biden administration will also increase oversight of student loan servicers’ ability to enroll borrowers in forbearance.