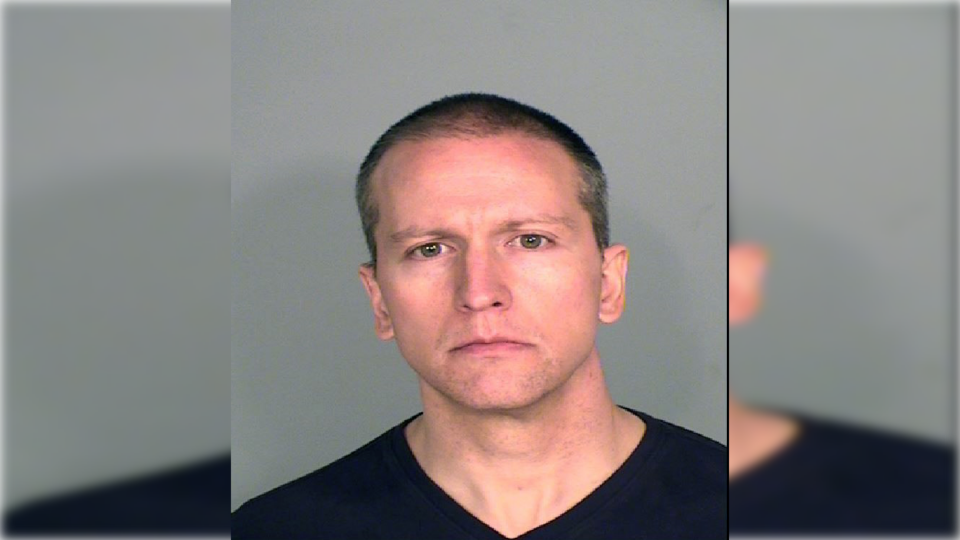 Provided by Ramsey County Sheriff's Office, former Minneapolis police officer Derek Chauvin poses for a mugshot after being charged in the death of George Floyd . Bail for Chauvin, who is charged with third-degree murder and manslaughter, is set at $500,000. The death sparked riots and protests in cities throughout the country after Floyd, a black man, was killed in police custody in Minneapolis on May 25. (Photo by Ramsey County Sheriff's Office via Getty Images)

A Minnesota county has agreed to pay eight minority corrections officers $1.5 million after they said they were prohibited from guarding ex-police officer Derek Chauvin, the man later convicted of killing George Floyd, when he was placed in jail in 2020.

On Tuesday, the Ramsey County Board of Commissioners voted unanimously to settle the lawsuit the corrections officers filed with the Minnesota Department of Human Rights in June 2020. The county has agreed to pay the officers approximately between $75,000 and $250,000 apiece.

Two years ago, eight minority Ramsey County corrections officers filed racial discrimination charges with the Minnesota Department of Human Rights, saying that all officers of color were ordered to a separate floor.

As part of the officers’ settlements, Ramsey County stated it would admit no wrongdoing. But board members formally apologized to the corrections officers for what one described as a “racist act” by the Ramsey County Sheriff’s Office.

The Commissioners Board also criticized the department for continued “failure in leadership” and a “lack of accountability” for its handling of the May 29, 2020 incident.

“No one should ever have questioned your ability to perform your job based on the color of your skin,” Ramsey County Board Chair, Trista MatasCastillo, said.

At the time of the incident, WLNS reported that Jail Superintendent Steve Lydon allegedly told his superiors that he made a call “to protect and support” minority employees by shielding them from the since convicted killer.

One of the corrections officers, Devin Sullivan, an acting sergeant who had been working at the jail for more than a decade, was patting Chauvin down when he was interrupted. He was told to stop by Lydon, who then replaced him with white officers.

Sullivan, who still works for Ramsey County, said in a written statement, “Trust and accountability are critical to our safety as correctional officers, and Superintendent Lydon’s segregation order broke this trust.

“Each of us is on our own journey toward healing from this damaging discrimination and the aftermath, and these settlements will help us open a next chapter.”