ELC to Black Corporate Leaders: Use Your Power to Impact Change - Black Enterprise

ELC to Black Corporate Leaders: Use Your Power to Impact Change 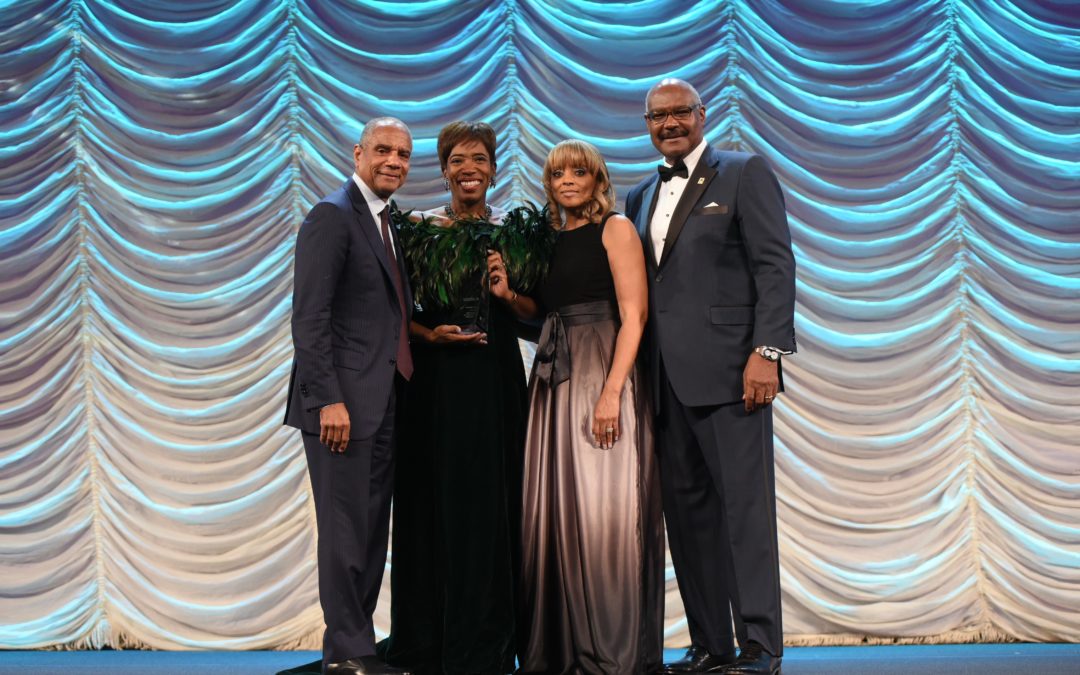 Harris used those words to inspire and challenge hundreds of black senior executives of the nation’s largest corporations as she received one of the 2017 Achievement Awards at the Executive Leadership Council’s Annual Recognition Gala. She echoed the call to action delivered by the series of speakers who addressed attendees in the jam-packed ballroom of the Gaylord National Resort Thursday night: Use your power to make a difference.

Although the yearly gathering of the pre-eminent organization of black global business leaders continued its 30-year tradition of serving as the ultimate venue for power networking and celebration of business achievement, this year’s program offered an urgent, intentional response to the racially divisive tenor and regressive threats that mark the Trump era. 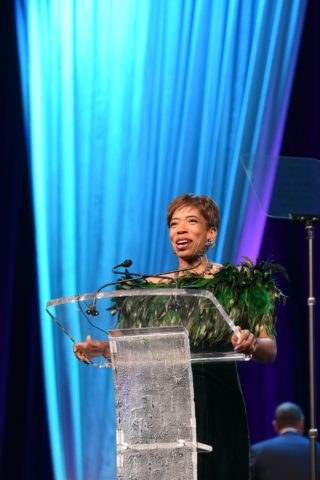 Although none of the speakers referred to the president by name, it was evident that ELC members had reset priorities and renewed commitments to impact corporate diversity and inclusion as well as societal challenges and public policy. 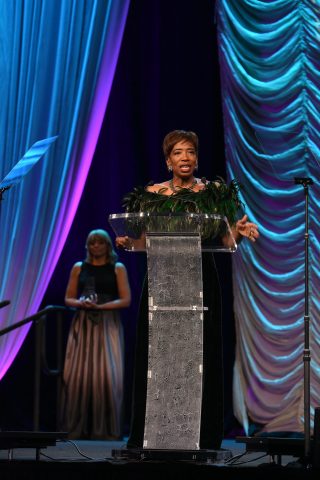 In fact, recent events have served to bolster this resolve. ELC supported Merck Chairman and CEO Kenneth Frazier, when he stepped down from the president’s manufacturing advisory council in August after Trump failed to condemn white supremacists for a deadly rally in Charlottesville, Virginia. 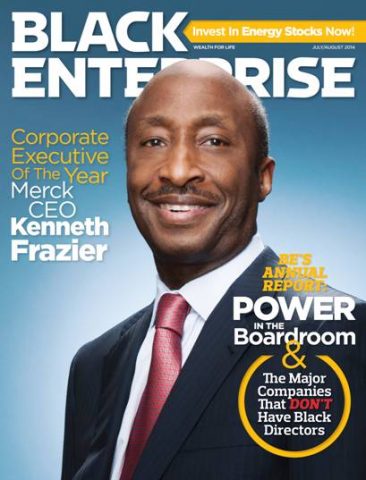 The creation of a super PAC by powerful black business leaders—many of them ELC members—to promote a progressive and social agenda; it was the outgrowth of actions like the same group’s $1 million donation in 2015 to the NAACP Legal Defense and Education Fund’s campaign to address police and prosecutorial misconduct related to racial bias in law enforcement. Last week’s announcement of the retirement of American Express Chairman and CEO Kenneth Chenault, shrinking the ranks of black chief executives of the nation’s largest public companies and reinforcing the need for a black CEO pipeline. 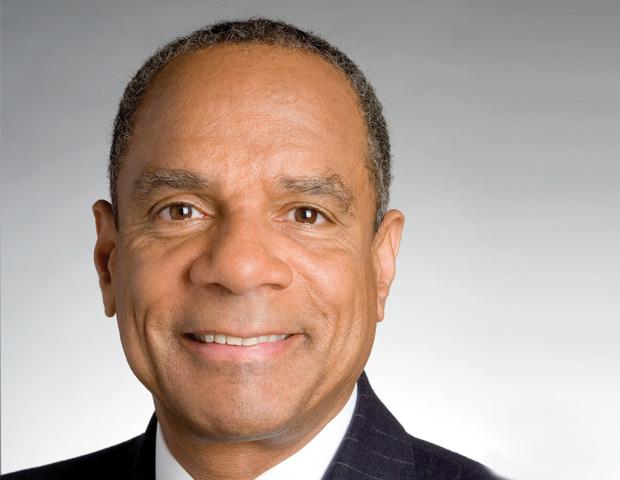 Under the theme, “Own The Future Now, More than Ever,” ELC President and CEO Ronald C. Parker opened the event for “the best, brightest, and baddest brothers and sisters on the planet,” asserting that “Now is the opportunity to turn challenges into action. Now is the time to make our voices heard, and more importantly, our presence felt.” To buttress that point, ELC Board Chair Orlando Ashford, president of Holland America Line stressed to the audience later in the program: “Within your sphere of influence, you have the power to make a difference and the responsibility to at least try.”

The event also marks a time of transition for ELC as Parker announced his retirement and the departure of Chief Operating Officer Brickson Diamond by the end of the year. Parker, who was honored with a video tribute featuring comments from Chenault and President Barack Obama, among others, shared myriad accomplishments during his five-year tenure, including greater advocacy for African Americans in C-suite and corporate board positions, expansion of the organization’s global footprint, and boosting membership by 60%. 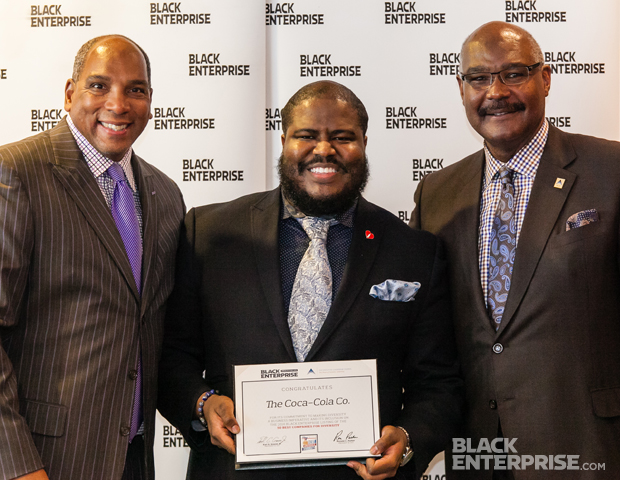 As ELC looks toward the future, the themes emphasized at the gala represent agenda items for its leadership and members to address:

Advancing CEO and board representation: At the top of Parker’s list of goals was pushing for greater African American representation at the highest levels of management in the nation’s largest corporations and within the boardroom—an effort in which Ashford said ELC will “double down” in the coming years.

It will urgently need to do so given the attrition rate at the CEO level. In fact, when BLACK ENTERPRISE released its list of the 100 Most Powerful Executives in Corporate America in 2012, there were eight black CEOs of major publicly traded corporations, including Ursula Burns, the first and only African American woman to lead an S&P 500 company as CEO of Xerox Corp. That is, until she retired from the company this year.

Parker recently told BE that the lack of diversity in boardrooms have created this vacuum, citing that “it’s the responsibilities of the board of directors, which we know is not reflective of the population that companies serve.” Roughly 80% of boards are run by white males, he says, and these bodies select CEOs with the same characteristics.

To advance such global leadership, Parker points to ELC’s Next Generation CEO Academy to train and position black executives to gain consideration for the top spot at major corporations.

Bolstering talent pipeline: ELC members must continue efforts to provide training and mentorship to mid-level managers and continue the flow and expansion of opportunities for next-gen talent. This year’s mid-level manager’s symposium, held a day before the gala, offered professional development workshops and networking opportunities to more than 900 executives.

Nationwide received ELC’s Diamond Award – given to a corporation that provides a $1 million contribution in a calendar year to new or established programs  — for the insurer’s Future Leaders of Tomorrow Scholarship to be awarded to collegiate high achievers with leadership potential and an interest in business, insurance or a related field of study. And scores of young talent identified through ELC’s corporate- and member-sponsored scholarship programs and business case competitions were also recognized at the gala.

Bringing race to the forefront. ELC presented the 2017 Corporate Award to PwC. Led by Ryan, the mammoth accounting and consulting firm has pushed for greater diversity and inclusion internally and externally. Assuming the leadership role in July 2016—days before a sniper gunned down five Dallas police officers and turned a peaceful march protesting fatal police shootings of black men in Minnesota and Louisiana into a site of bedlam and bloodshed—PwC’s chairman decided to open up companywide conversations on race and develop employee programs such as “Blind Spots,” training to help identify common biases and improve the decision-making process.

ELC and PwC are members of the steering committee for the CEO Action for Diversity and Inclusion, which has secured more than 300 CEOs of major corporations as signatories to this initiative to commit to, as Ryan said at the gala, “to make their workplaces safe to talk about race” as well as deliver unconscious bias training and share best practices as well as unsuccessful programs through the ceoaction.com website. In fact, ELC facilitated furthering this dialogue among corporate leaders: The theme for this year’s CEO Summit: “Courage To Lead: A Focus on Race.”

Tackling society’s huge challenges. In accepting his award, Bernard Tyson told the audience not to fear “our nation’s dark forces…try as they may, they will not be successful.”

To motivate the crowd, he used himself as an example.  Admittedly, he had not paid attention to those forced to live on the streets as he conducted business during the morning drive to the Oakland, California-based headquarters of Kaiser Permanente. One day, the chief executive of one of the nation’s largest managed care operations says he looked out of the window of the car on his way to work and was struck by the extent of the problem. No longer oblivious to their  plight, he then visited encampments of homeless people throughout the city.

Declaring that he will “no longer accept homelessness as a proposition in Oakland,” Tyson, a former ELC Board Chair, pledged to use his power, influence, and resources to tackle  this mammoth challenge.  He told attendees: “We are a powerful people with a different starting point than our ancestors. We must be willing to battle for the future.”

Harris, another former ELC Board Chair who was presented her award by iconic AMEX CEO Chenault, offered another piece of advice in her remarks. “We are, indeed, in chaotic times but as I am fond to say chaos breeds opportunity. This is a unique moment to LIVE,” she told the audience as she began to break down the acronym. “Lead unapologetically, authentically and unabashedly. Be intentional about having a diverse and inclusive environment. Exercise your voice because it is, indeed, at the heart of your power. And finally, the ends are all about execution… we all have the intellect and experience to produce any outcome that we really care about.  If we couldn’t execute then we wouldn’t be in this room. Let’s get it done.”