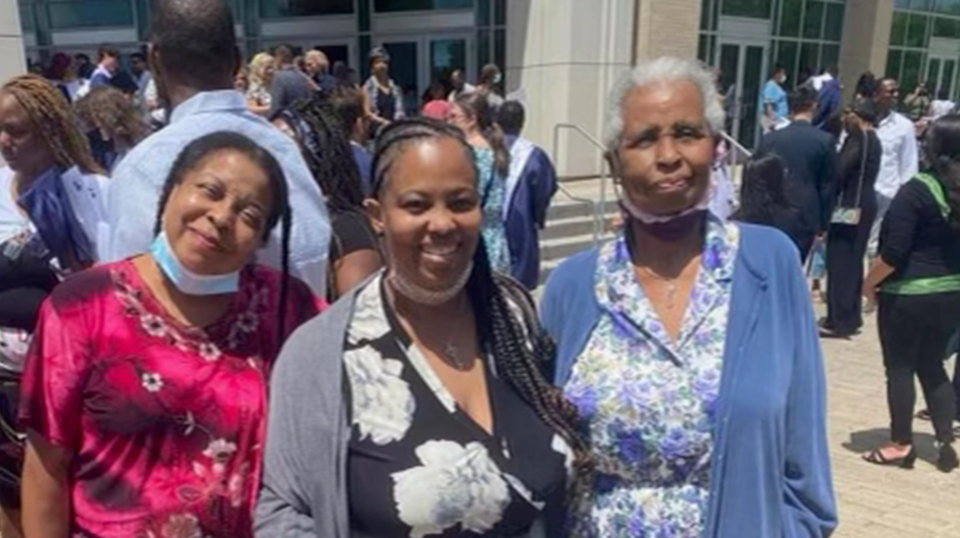 An elderly woman was fatally shot, and two males were left injured in a shooting outside Xavier University on Tuesday.

A graduation ceremony for the Morris Jeff High School had just ended when the shots rang out, WDSU reports. Witnesses say the gunfire erupted after two females started fighting.

Eighty-year-old Augustine Greenwood died in the crossfire of the shooting while walking to her family’s car nearby. The two males were left with non-life-threatening injuries in the leg and shoulder, NOPD Deputy Supt. Christopher Goodly shared.

“This unfortunate incident did not have to happen,” Goodly said.

Police have detained three people in connection with the shooting, and several guns were recovered from the crime scene. Witnesses say between 5 – 12 gunshots rang out, Fox 8 Live reports.

Louisiana Gov. John Bel Edwards released a statement about the shooting, calling it a “pointless” act of violence.

Today, I issued the following statement about a shooting on the campus of Xavier University outside the graduation ceremonies for Morris Jeff High School. I hope all Louisianans will join me in prayer for the victims of these pointless acts of violence. #lagov #lalege pic.twitter.com/2uQIzKKlRY

Police are asking for help in the investigation as they look into if the gunshots were fired by students, friends, or relatives of graduates. This is the second violent encounter during a graduation ceremony at the college following a brawl that broke out on May 19.

“This graduation, they had a good amount of security,” Goodly said. “We had interior coverage as well as exterior coverage on the scene. Both the Xavier police and the (NOPD) Second District and Tulane police on the perimeter security.”

New Orleans City Councilmember Oliver Thomas has children who attend Morris Jeff’s high school and middle school and said he was outraged by the violent act.

“This lady went to a graduation; she didn’t sign up to be executed,” Thomas said.